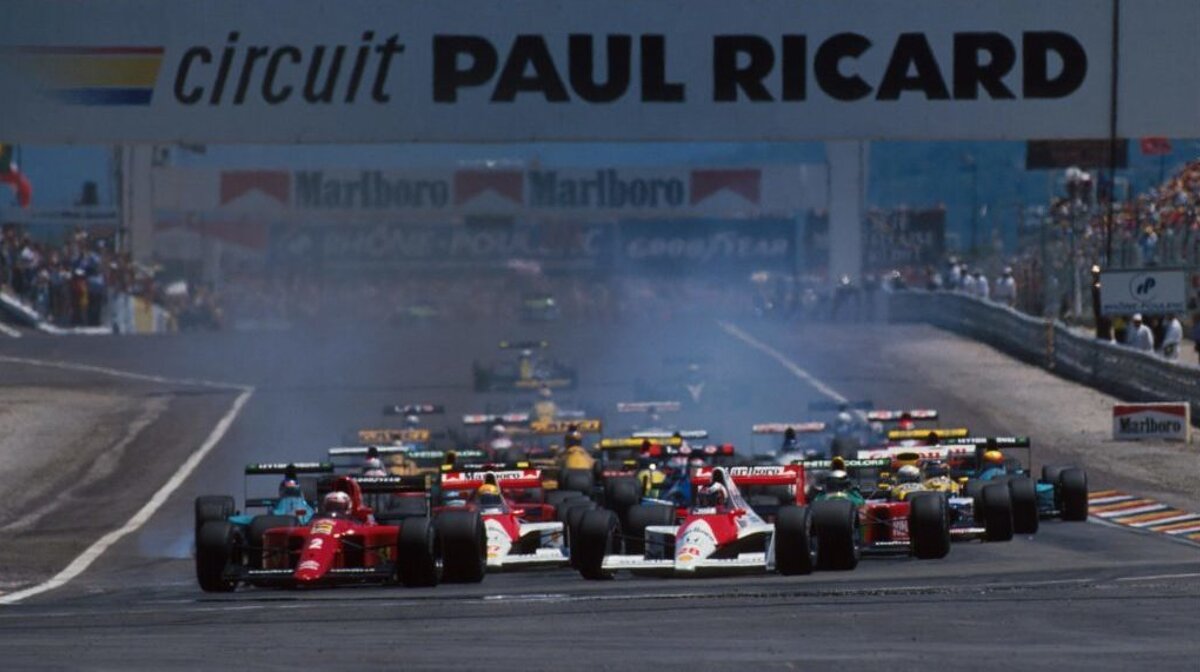 France was one of the seven races that made up the first ever World Championship in 1950, and today is held at the Paul Ricard circuit in Le Castellet.

The venue, Le Castellet, can trace its F1 origins back to the early 1970s when it held the first of its 14 French Grands Prix to date. Constructed in less than a year, and with famous drivers such as Jean-Pierre Beltoise and Henri Pescarolo consulted on its 5.8km layout, the Circuit Paul Ricard, named after its sponsor, opened in April 1970.

In 2016 a deal was struck to return the French Grand Prix to the track, and prior to its 2018 revival, numerous modifications have been made to both the circuit and its setting to ensure a suitably stern challenge for the drivers and an equally thrilling spectacle for race fans.

Formerly known as the Grand Prix de l'ACF (Automobile Club de France), the first French Grand Prix was run in 1906 with a starting field of 32 cars, and the 'Grand Prix' (Great Prize) referred to was the 45,000 French francs awarded to the race winner. The first races were held on public roads through northern and central France, usually in different towns every year such as Le Mans, Dieppe, Amiens, Lyon and Strasbourg. Postponed during the First World War, the first permanent circuit was built in 1925 just south of Paris. Racing continued throughout various locations across France until World War Two, when racing was suspended, not returning until 1947 when it was held at a circuit near Lyon.

In 1971, Formula One moved the event to the newly built Circuit Paul Ricard - an at-the-time modern facility with run-off areas, a wide track and ample viewing areas for spectators. Formula One cars had become too fast for public road circuits, and from 1973 the French Grand Prix was never run on public roads ever again. The Paul Ricard circuit also had a driving school which honed the talents of France's first (and so far only) Formula One World Champion Alain Prost, and Grand Prix winners Didier Pironi and Jacques Laffite.

The driver with the most French Grand Prix wins is Michael Schumacher who dominated the sport in the nineties and early noughties, winning the French event a total of eight times. Local boy, Alain Prost, won the French Grand Prix six times throughout the eighties and nineties.

In terms of team wins, Ferrari have won a total of 17 French Grands Prix.