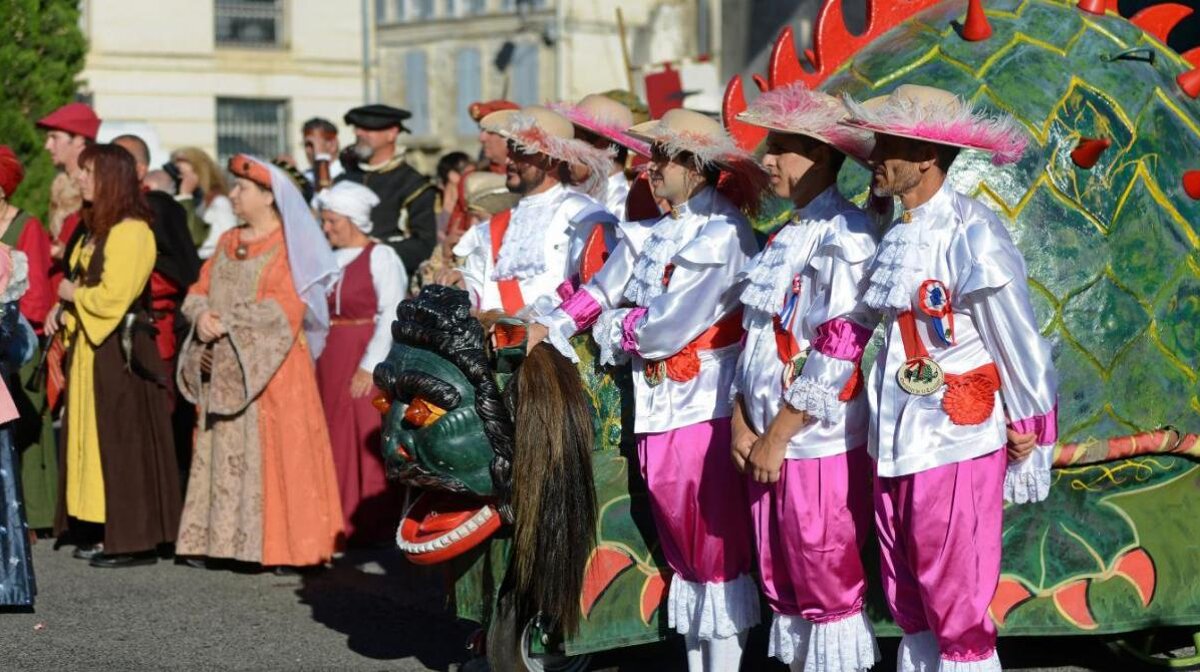 Tarascon celebrates the oldest festival in the city, the Tarasque Festival, where the Tarasque monster is lured out of his lair by brave knights.

Five days of celebration with medieval spectacles, parades, folklore, firework displays and of course the Tarasque and Tartarin show.

The Tarasque was said to be a sort of dragon with a lion's head and an ox-like body, covered with a turtle shell and a scaly tail that ended in a scorpion's sting. The monster was charmed and weakened by a woman (St Martha) and then killed when brought back to civilisation. Celebrations of this festival date all the way back to Good King René in 1474.

King René was as whimsical as he was learned. He spoke five languages, was an academic, yet enjoyed the pleasures of life, hosting numerous parties and tournaments, and had a fondness for music and art. His fortune comprised so much wealth and so many titles it is impossible to list them all here. He spent his wealth on his land and properties, ensuring they were well maintained earning him much loyalty amongst his people.