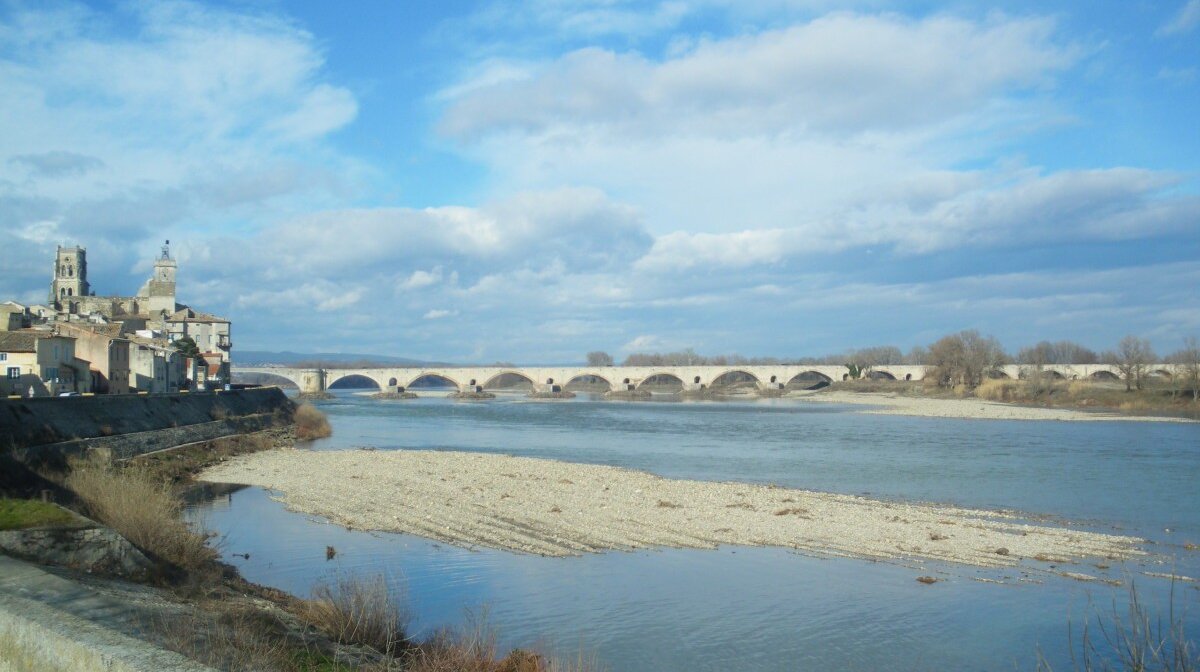 The bridge at Pont St Esprit

Best known for it's ancient 12th century bridge with 19 arches, Pont St Esprit sits by the River Rhone as it starts its journey through Provence.

The town is best viewed from across the river as it was extensively bombed in World War II. The town is almost better known for the scandal that erupted here in 1951  when hundres of villagers were mysteriously struck by hallucinations and mass insanity ensued. Theories range from the CIA using the village as an experiment using LSD to control the mind, to the local baker unwittingly contaminating his bakery with ergot - a hallucinogenic mould.

Before Roman occupation, Pont-Saint-Esprit was little more than a few fishermen's huts. However, it was an important crossing point of Greek merchants travelling north from Marseille to Auvergne.

Around 250AD, the cult of Saint Saturnin spread in the region and the town took on the name of Saint Saturnin du Port. In 952, a Benedictine monastery was built here under the patronage of Saint Pierre. When the bridge over the Rhone was built (from 1265 to 1309), it became the oldest of all the bridges linking Provence to Languedoc, and it had great strategic and commercial  importance.

The bridge was maintained through a tax on salt "Le Petit Blanc" by the work of Saint Esprit, who built at the head of the bridge, a chapel and two hospitals for abandoned children and sick pilgrims.

The city was devastated several times during the religious wars and the French Revolution, during which time it took on the name of Pont sur Rhône, before resuming its current name.

During the 18th century the buildings of the town were decorated and embellished. Fountains were erected and the road access to the bridge was modified. The rampart ditches were also filled and converted into plazas.

Latterly the 20th century has been marked by tragedies; an aerial assault on 15 August 1944 devasted the town and then the so called Pain Maudit or 'cursed bread' in 1951.