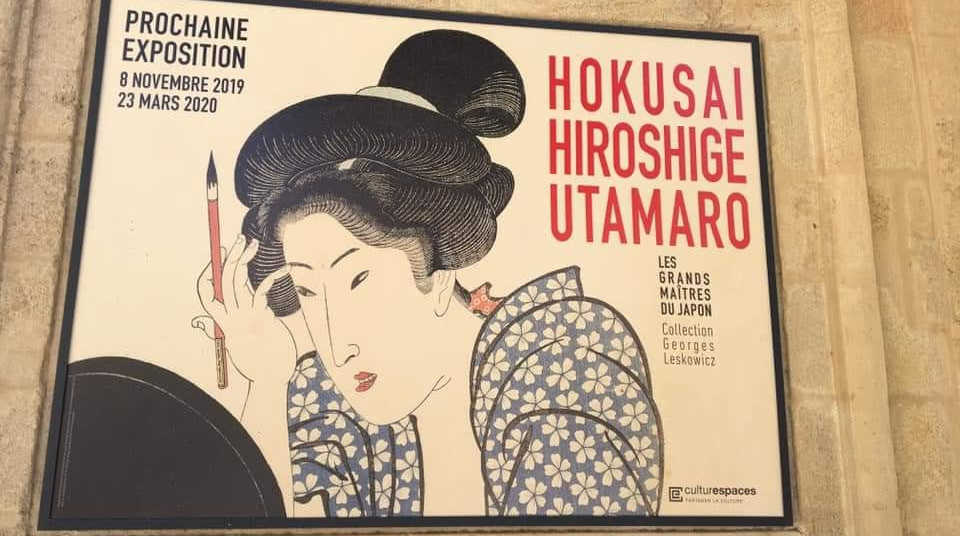 Featuring grand Japanese masters Hokusai, Hiroshige, Harunobu, Sharaku and Utamaro, this exhibition will include 150 ukiyo-e prints and other remarkable objects that will be presented to the French public for the very first time. Most of the works are from the Georges Leskowicz Collection, which is one of the largest of its kind in the world.

Masterpieces such as Hokusai’s ‘Thirty-Six Views of Mount Fuji’ (1832–1833), ‘The Sixty-Nine Stations of the Kiso Kaidō’ by Hiroshige and Eisen, as well as an ensemble of Surimono woodblock prints, will constitute the core of the exhibition. Rare and refined prints made from precious materials and using particularly elaborate techniques, the Surimono woodblock prints combined figurative compositions with poetic texts. Printed in limited numbers, they were intended for restricted circles of intellectuals or cultural elites.

The exhibition will also include crafted objects from the same era, carefully selected from private and public collections such as the Musée National des Arts Asiatiques - Guimet in Paris, the Musée des Arts Asiatiques in Nice, and the Musée de la Parfumerie in Grasse. Kimonos, hats, accessories, helmets, armour and writing utensils will be on display.

Ad
Got a Provence Question? Ask our local team for answers