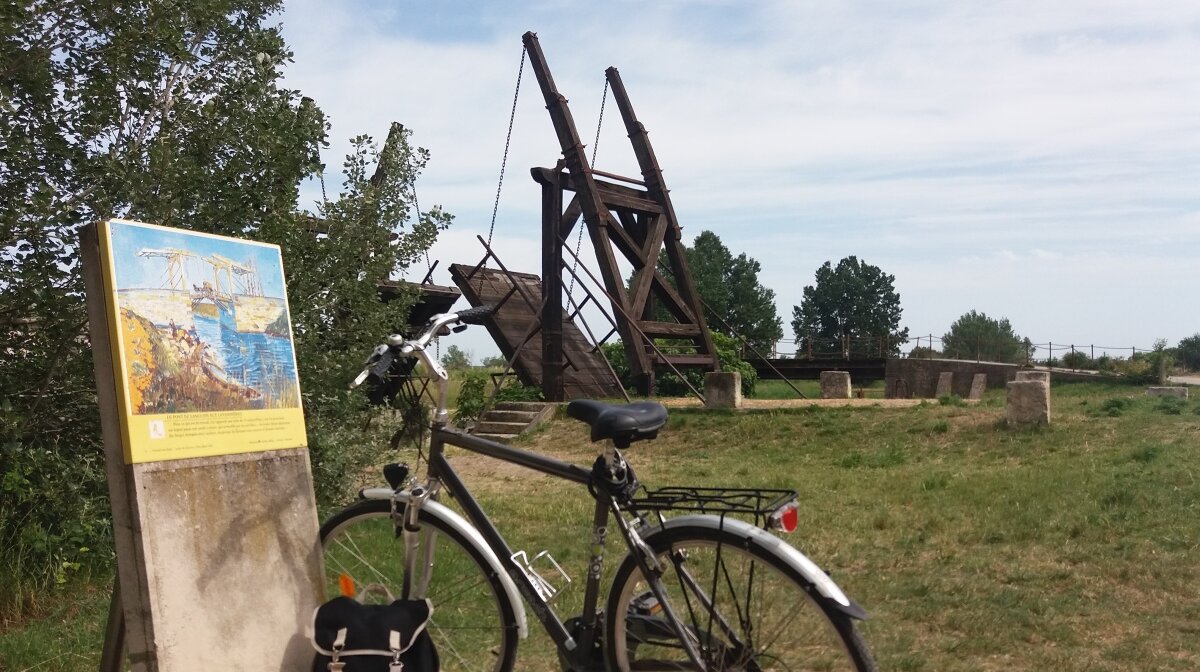 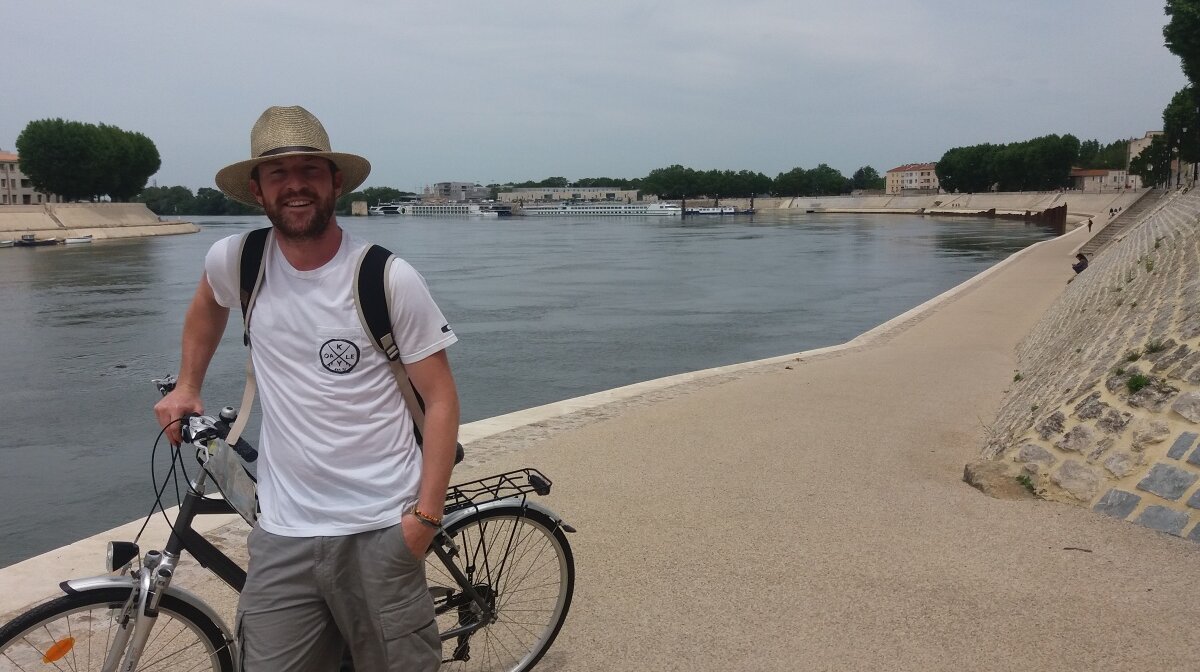 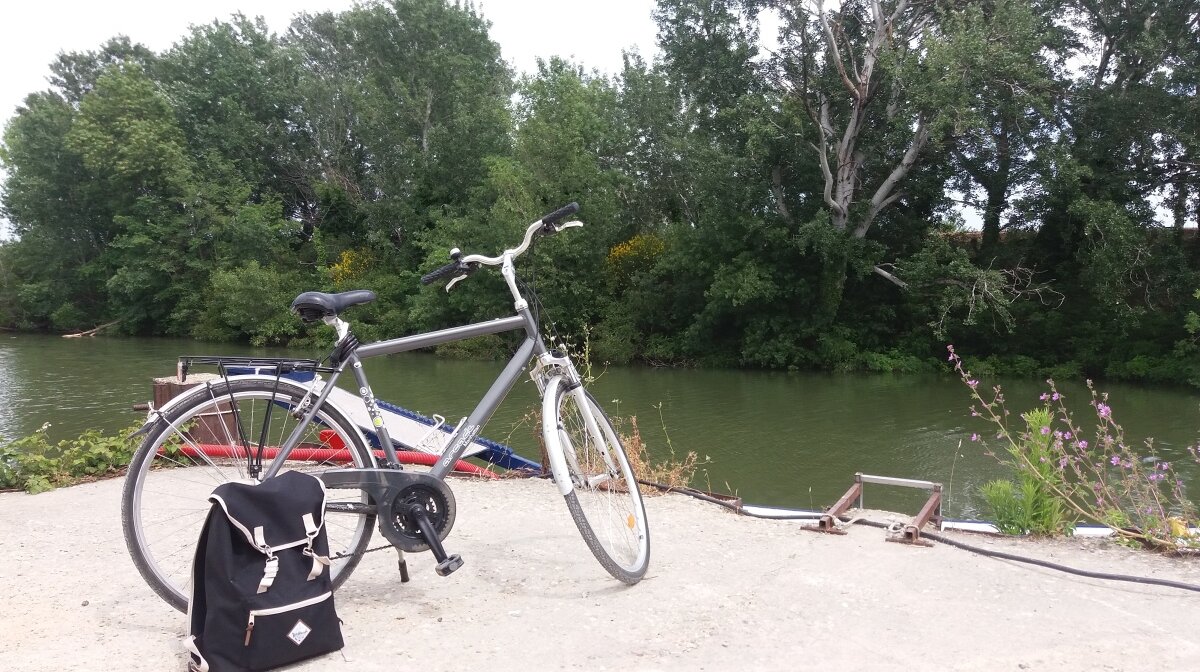 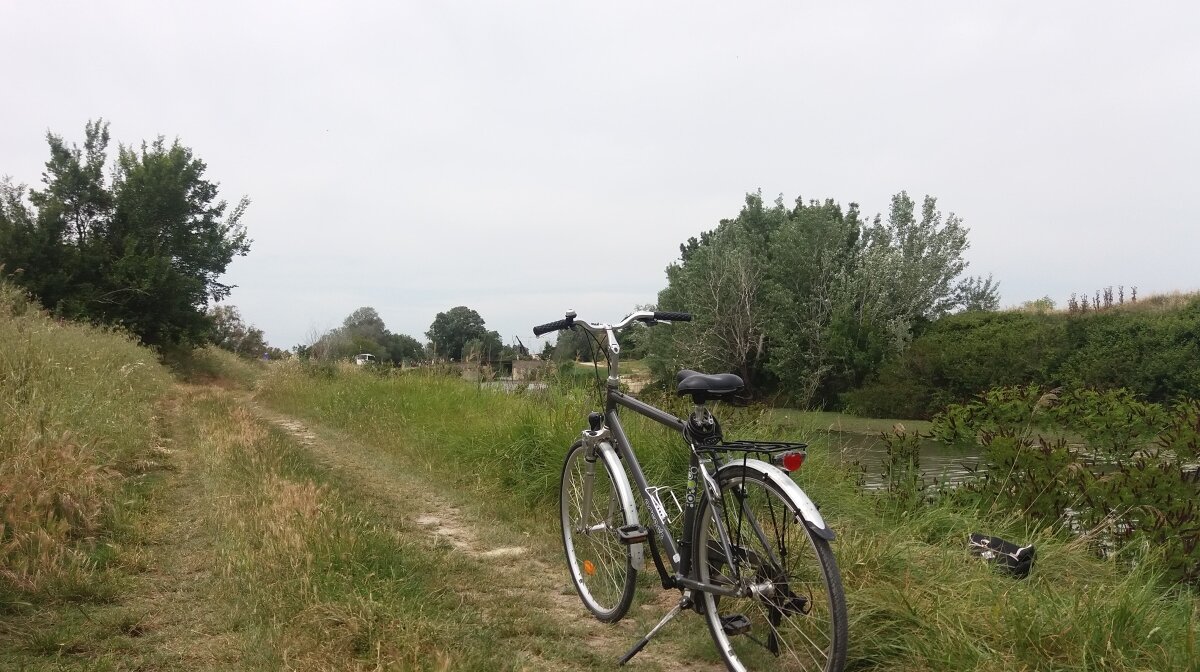 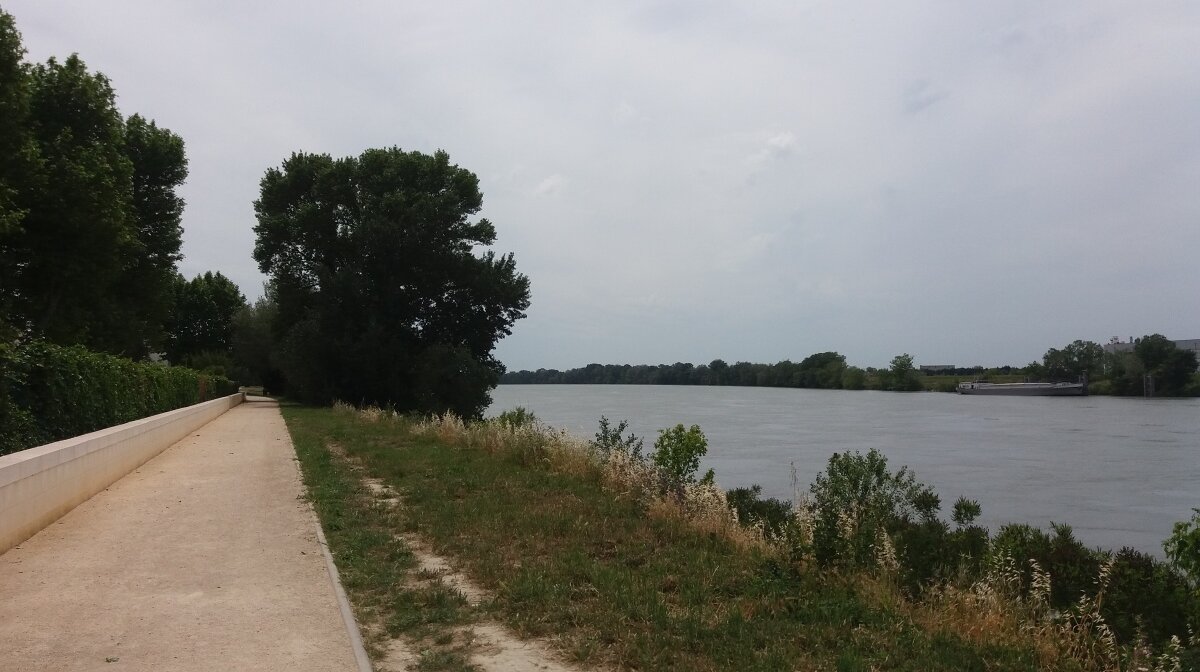 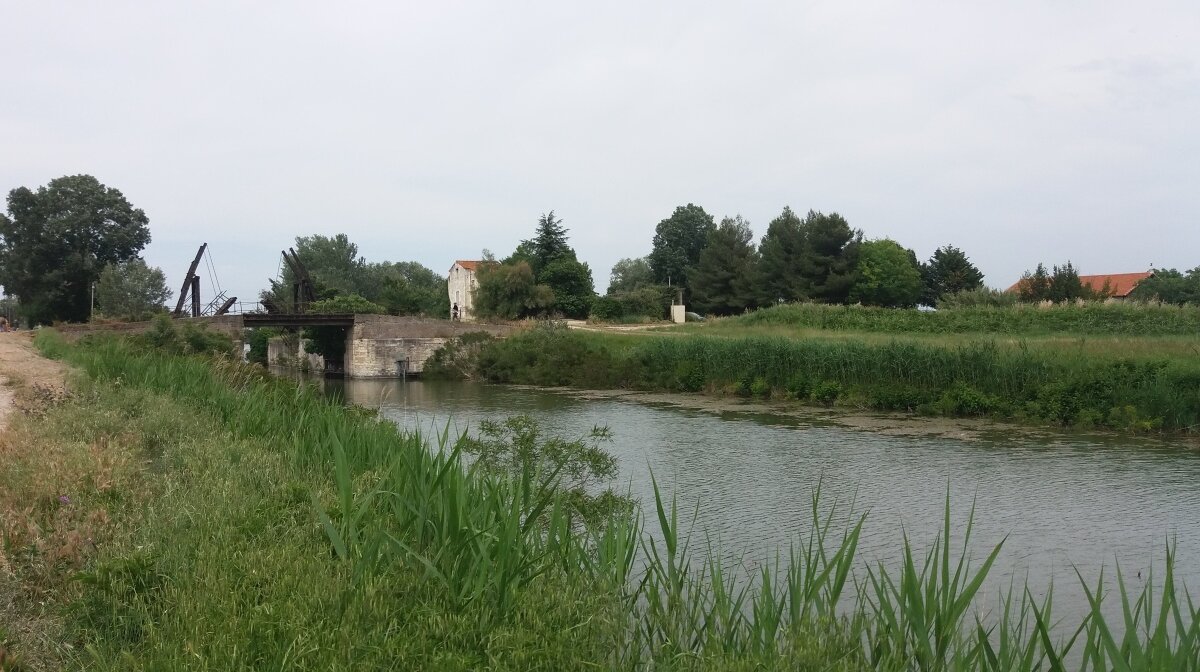 Pont Van Gogh_ then and now

On the Rhone tow-path

Stopping for a breather

The bank of Pont Van Gogh

Along the Rhone River

Take a gentle bike ride through Arles along the Rhône River to visit the subject of one of Van Gogh’s famous paintings.

I picked up a great city-bike from 1Veloc on Rue Voltaire in Arles – one with cool throwback handlebars and a large saddle. The very helpful lady in the shop had traced out the directions for me on one of her maps, but after one corner I decided to make my own route and rode around the narrow streets ringing my the bell and waving at people. Everyone smiles at a man on a bicycle; especially when you’re wearing a wide brimmed hat.

Eventually I made a turn towards the river and the tow path, or Quai Marx Dormoy as it is known, coasting along the Rhône past groups of people eating baguette and cheese sitting the stone walls, with one hand on the handlebar and the other swaying by my side. My only worry was that the wind would catch my hat and I’d have to trade my bicycle for a fishing rod.

The route’s pretty well signposted but there’s nothing as exhilarating as the time between posts when you’re not quite sure if you’ve gone the right way but keep on going anyway. It’s a flat run so only easy gears are used which suited me just fine and there are good cycle paths around the city making it an enjoyable cruise around.

Cycling past reeds and rushes I stopped beside a few fishermen on a river boat to ask had they caught anything.  They had, but they only fish there for pleasure so always throw them back in. The empty bottle of Rosé on the bank seemed to explain more than I had asked.

In reality the Pont Van Gogh is just a small bridge that wouldn’t make you stop if you didn’t know what the history was. The original bridge was blown up by retreating Germans in 1944 and this one is a replica, but nevertheless to be able to try to imagine where Van Gogh was sitting along the bank as he created and to imagine his mind-set before he took himself off to the asylum in St. Remy is the reason to visit. The replica is raised unlike the bridge in the painting and a smaller footbridge has been constructed for traffic.

Just as I arrived a tour bus pulled up and fifty people spilled out with cameras around their necks to take pictures of the bridge; although they were there and gone within three minutes. That gave me just enough time to cycle past and eat an apricot before doubling back to view the Pont from Van Gogh’s side.

Being able to touch the darkened wood of the struts and cross over the bridge like the cart in the painting is an experience worth remembering, even if it is a replica of the real thing. I would have washed my clothes down by the river like the subjects in the painting, but I’ve a machine in the apartment for that unfortunately.

The rustle in the trees and the calmness of the water make this a trip worth taking while in Arles if even just for the pleasant cycle. Depending on your speed and directional sense the trip there can be completed in around 45 minutes to one hour, leaving time to cycle around and explore the city a little before leaving your bicycle back to the store.

Bicycle hire was €12 for a half day; although there are many levels of bikes to choose from in store.

Bring plenty of water and other essentials in a backpack, or the store can offer saddle bags for larger outings.