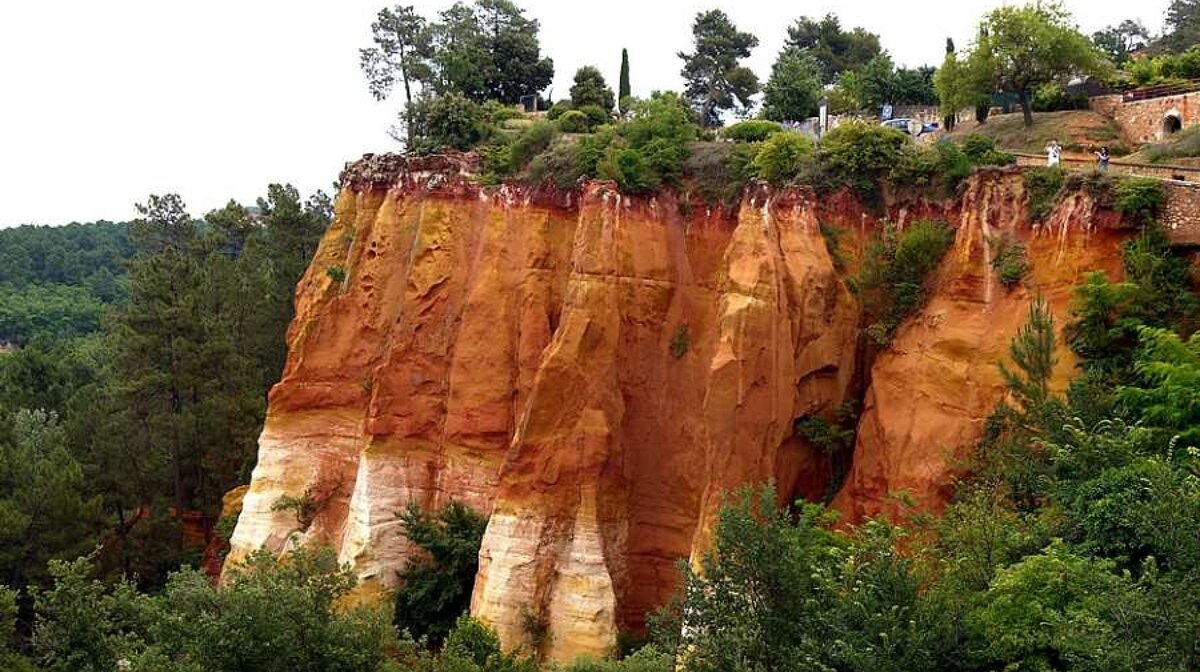 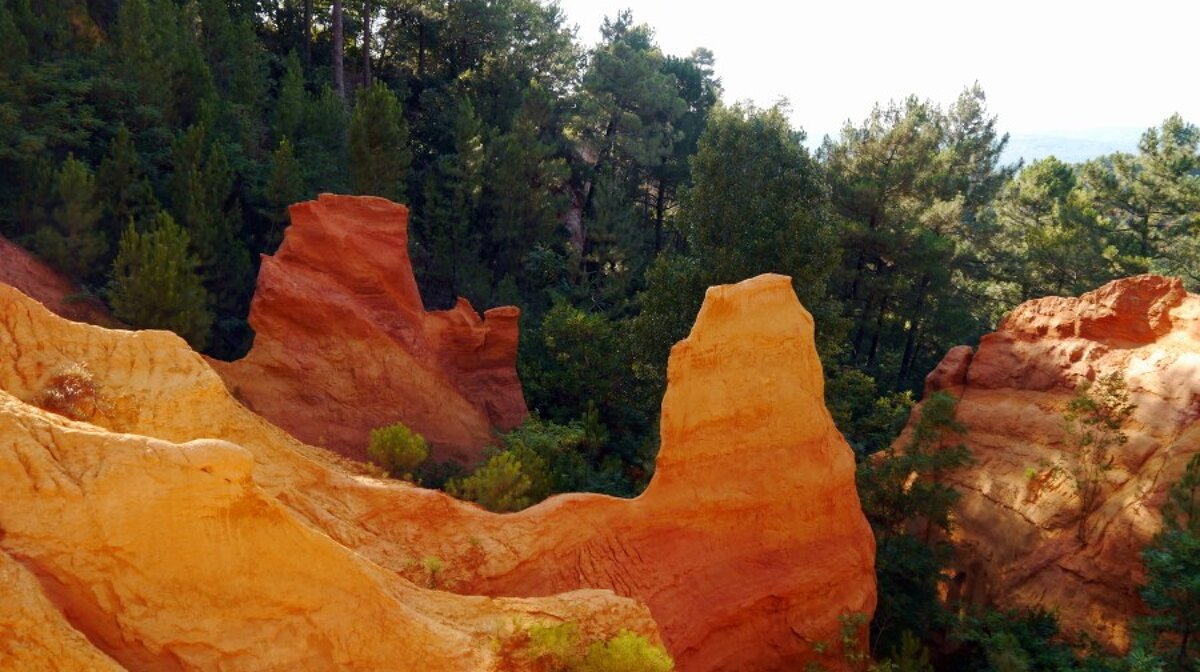 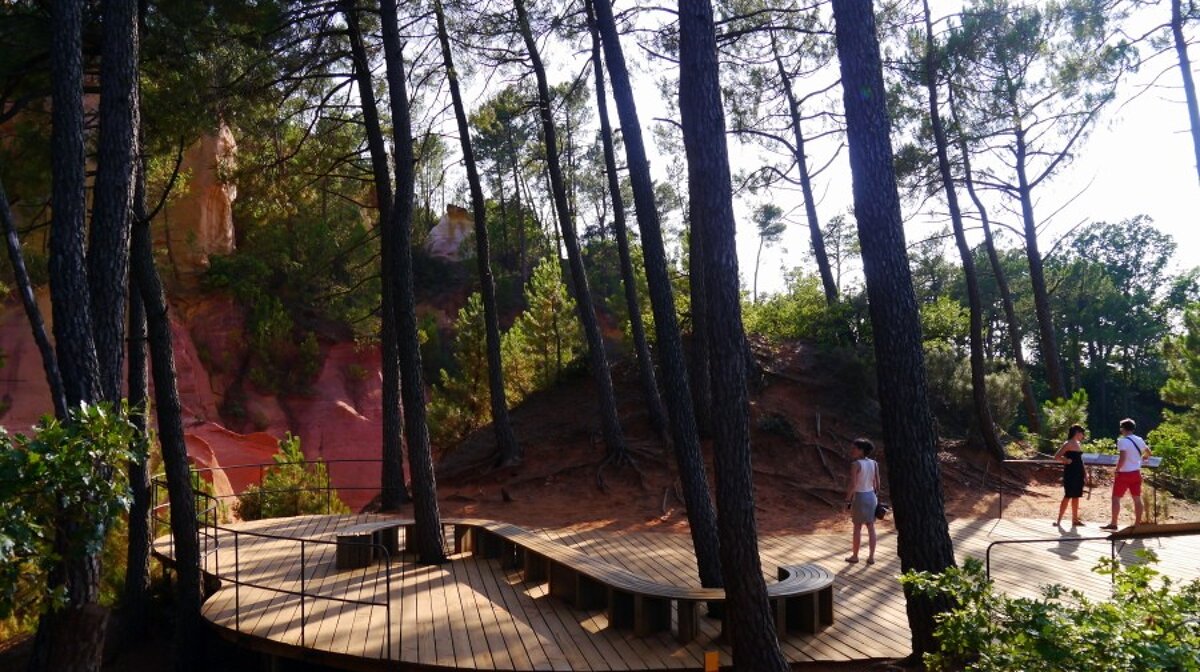 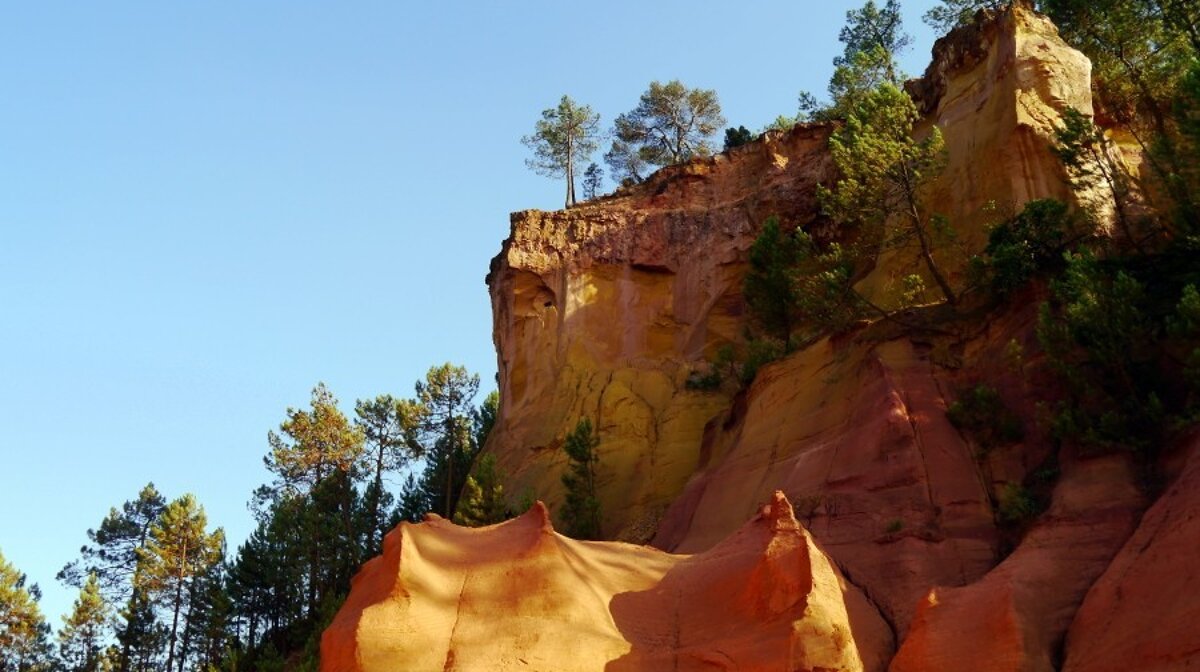 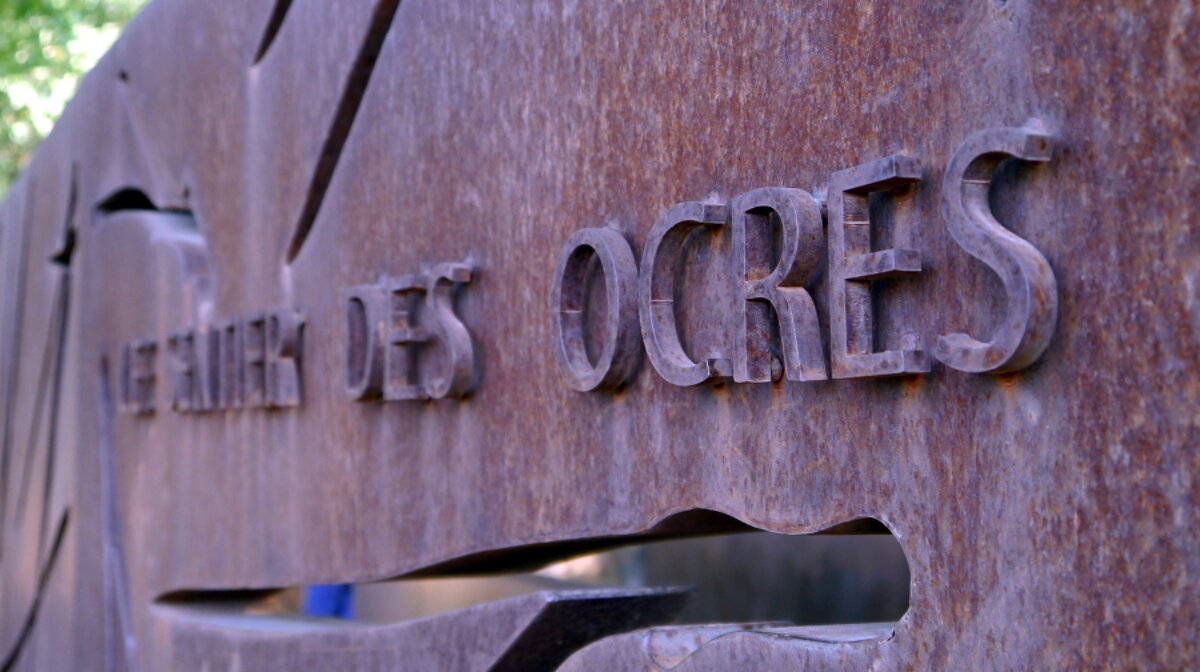 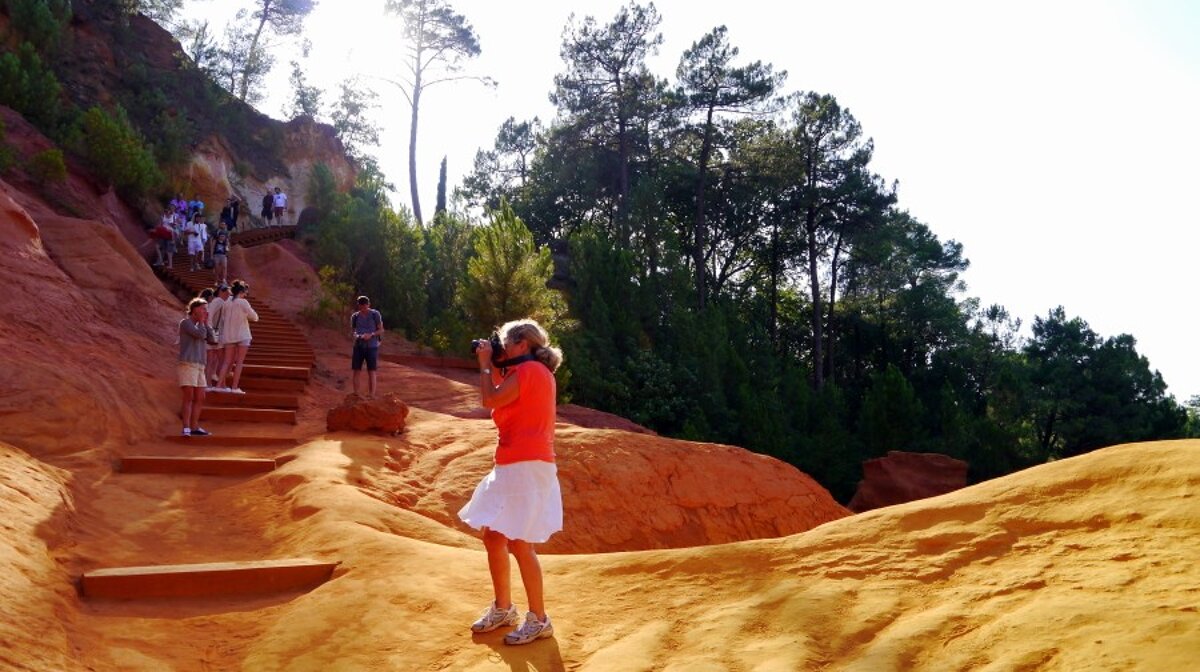 A seam of red, yellow & orange rocks runs through a small part of the Luberon, from Roussillon to Rustrel.

The rocks were formed millions of years ago when Provence was under the sea, and the iron-based minerals in the sands are responsible for the red tones. These minerals have mined by humans since ancient times and have been used as a pigment called ochre by many cultures.

In the Luberon, there are a number of sites where you can explore the rocks and the landscapes that have been produced by the mining processes used through time. In Roussillon itself, there is an Ochre Trail that takes you through an old quarry on a 30 or 60 minute walk.

Also in Roussillon is the Conservatoire des Ocres  where youcan discover how ochre is mined and extracted.

In Gargas, there is the Mines de Bruoux - an old mine consisting of 40km of underground tunnels, of which 650m are open to the public. Or stay above ground and visit the Colorado de Rustrel near Apt, which is another old quarry with trails, picnic areas and gift shop.