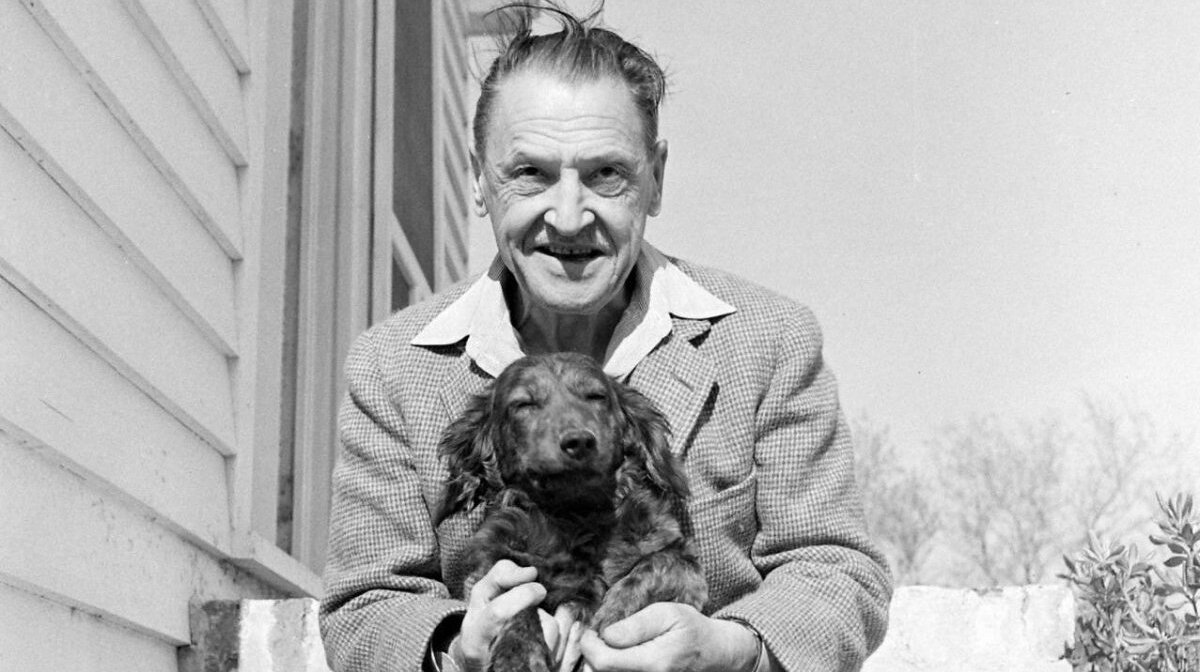 The famous novelist Somerset Maugham left England to find a place in the Mediterranean sun among the colony of artists, royals and celebrities living on the glamorous Cote d’Azur.

In 1928 he bought a villa on Cap Saint-Jean-Cap-Ferrat which had previously housed the Belgian King’s confessor- no doubt a busy man given the nature of King Leopold’s many moral transgressions. The run-down Moorish villa was called La Mauresque, and it was soon transformed into a beautiful cool-white mansion of courtyards, galleries and vaulted ceilings, while in the gardens there were fruit trees, lush lawns and swimming pools, where the male guests could often be found swanning around naked.

An invitation to visit Somerset Maughaum’s mansion on the Cap was considered quite the coup by Riviera high society, and a steady stream of luminaries came to visit, including Picasso, Harpo Marx, Neil Coward, Ian Fleming, Rudyard Kipling, T.S Eliot, H.G Wells and the Duke and Duchess of Windsor.

One must wonder in part why they were so keen to visit, for the feted author was well-known for his satirical, acerbic and thinly -veiled autobiographical works, which skewered his acquaintances and the locals in the places he visited.  Certainly not all his guests were impressed with their host, with Noel Coward calling him ‘The Lizard of Oz’ and Virginia Woolf likened him to ‘a dead man’. He was far from universally liked, but still they came.

Maugham very famously judged the Riviera to be ‘a sunny place for shady people’, and while most of his works were set in far-flung parts of the dying British empire, he did reserve some of his literary flair-and barbs- for those he knew and lived amongst, such as in his satirical books, Cakes and Ale, and The Razor’s Edge.

He wrote on high society and falls from grace, grasping social climbers and the temptations of the flesh. His books detailed the foolishness and corruptions of the rich and the grasping and pretentions of the aspiring classes. He had plenty of examples of debauchery and degradation on the Cote d’Azur to use as material (as no doubt he would today).

The Nazis invasion of Paris in 1940 forced his rapid and undignified departure from France with just one suitcase. At the age of 66, he took hasty passage on a coal steamer crammed with 500 other refugees, of which 7 died on the 20 day trip to England through malnourishment and thirst.

After passing the rest of the war in South Carolina, America, he returned to his beloved villa in France, which had been looted by the German and Italian troops and extensively damaged by the Royal Navy as they shelled Cap Ferrat in an attempt to destroy the lighthouse. In fact, when he moved back in, he found an unexploded bomb resting on his bedroom floor, and said the villa ‘looking like a patient who has barely survived a deadly disease.’ He restored his dear patient to grand health and spent many more years at La Mauresque, finally dying in his bed in 1965 at the age of 91, looking out across the Mediterranean Sea.

While the villa has been rebuilt several times over, you can still see the mark of this fascinating man on the iron gates, the Moorish hand of Fatima to ward off the evil eye-the symbol that also appears on many of his first edition books.