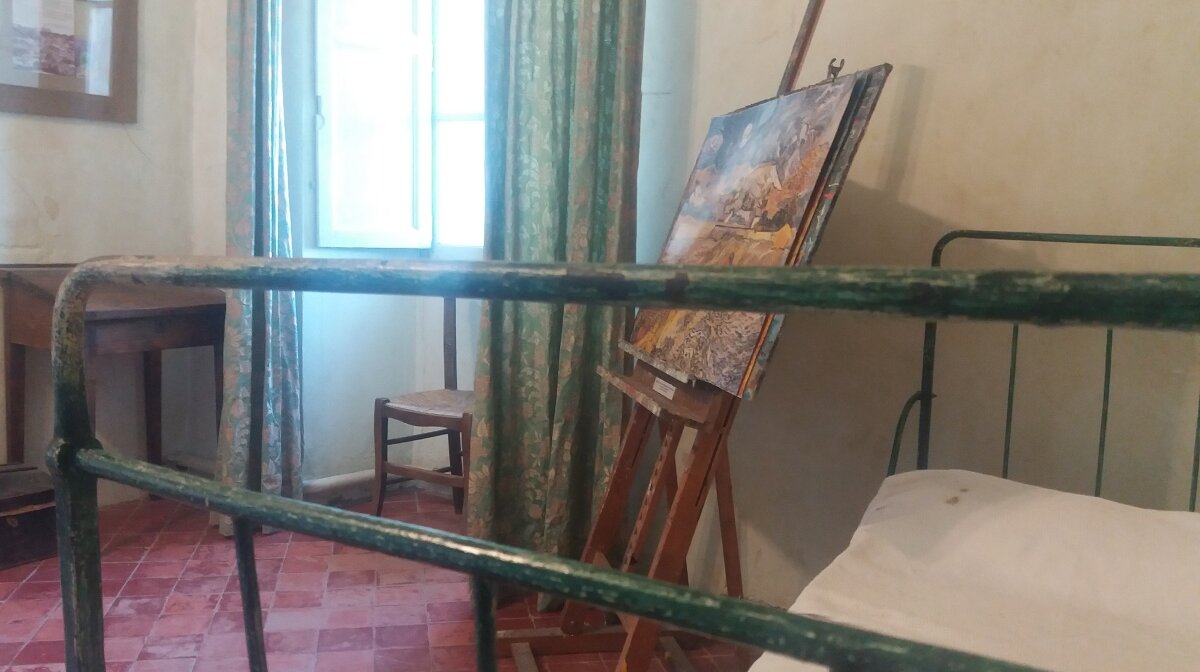 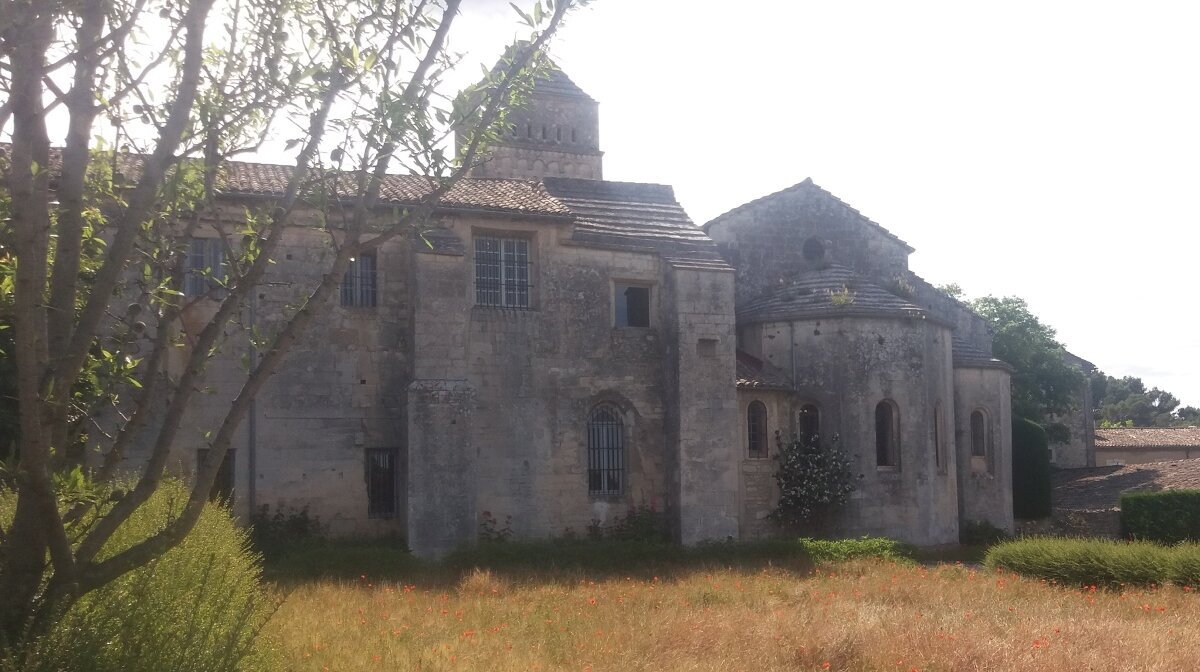 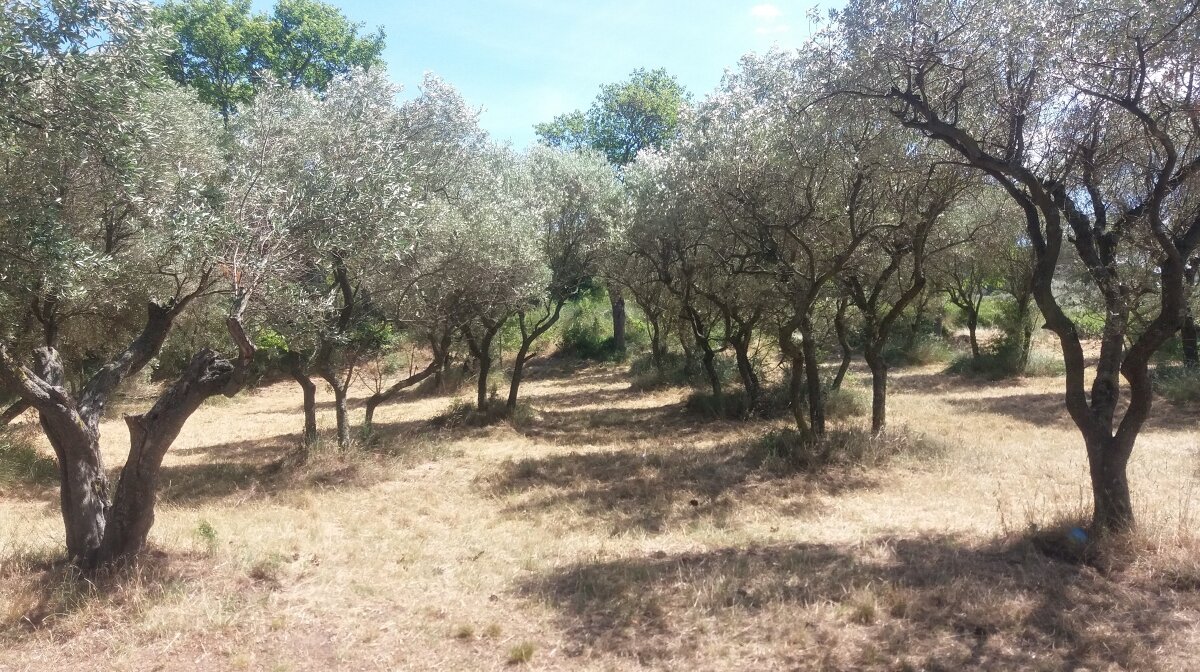 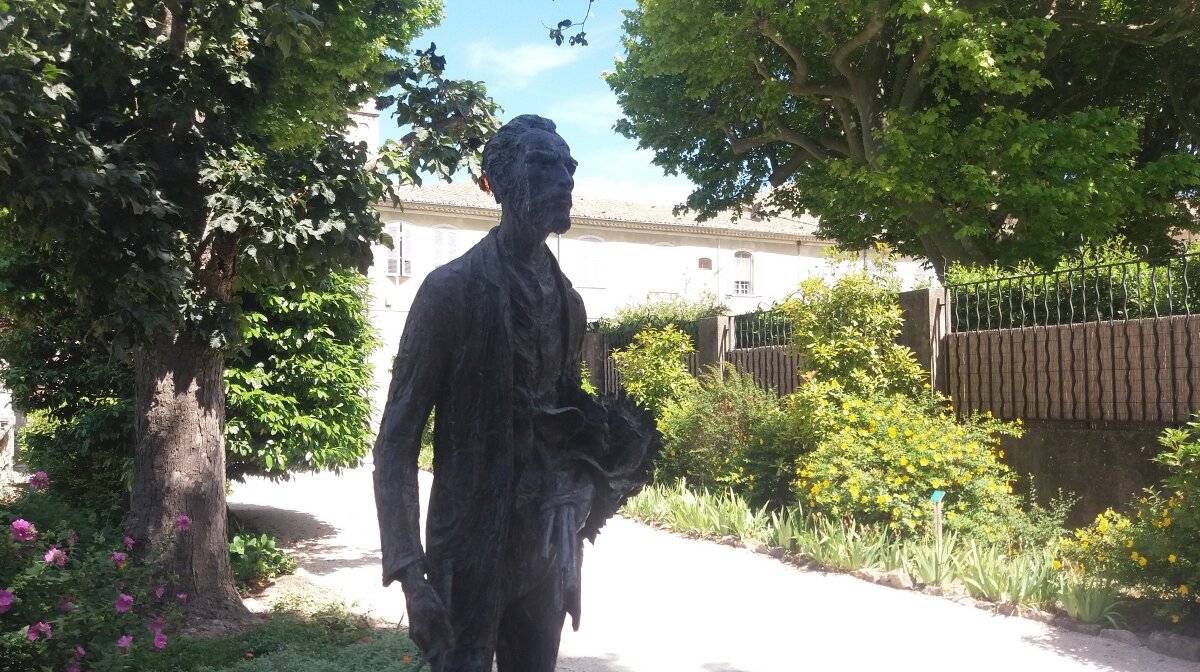 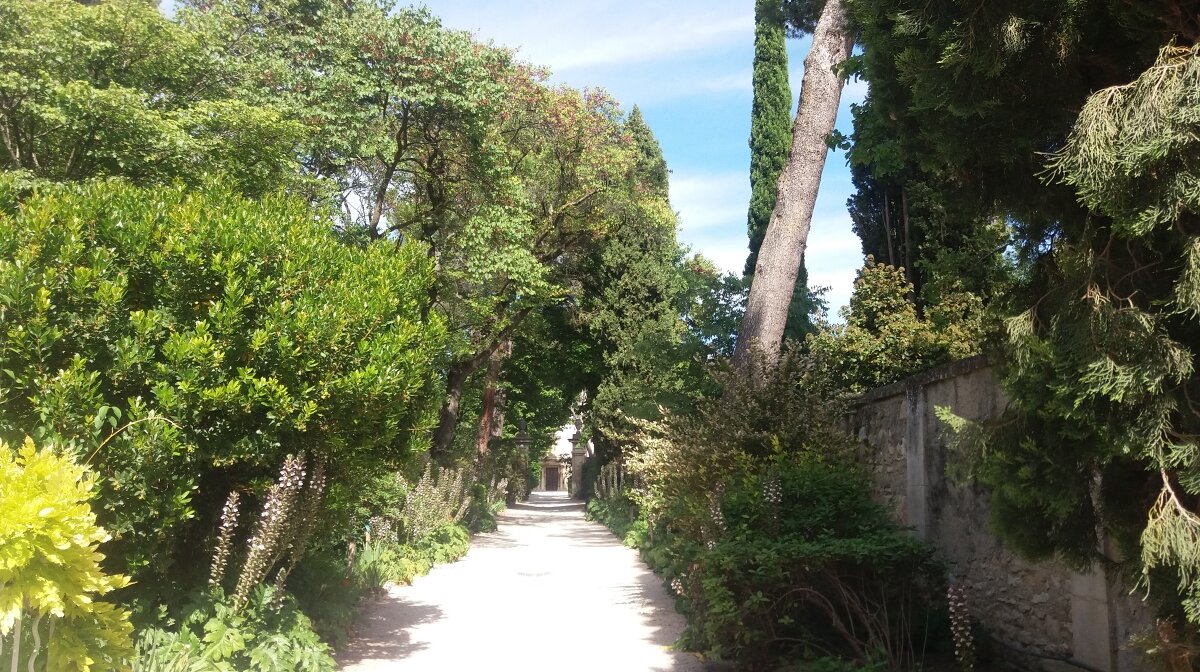 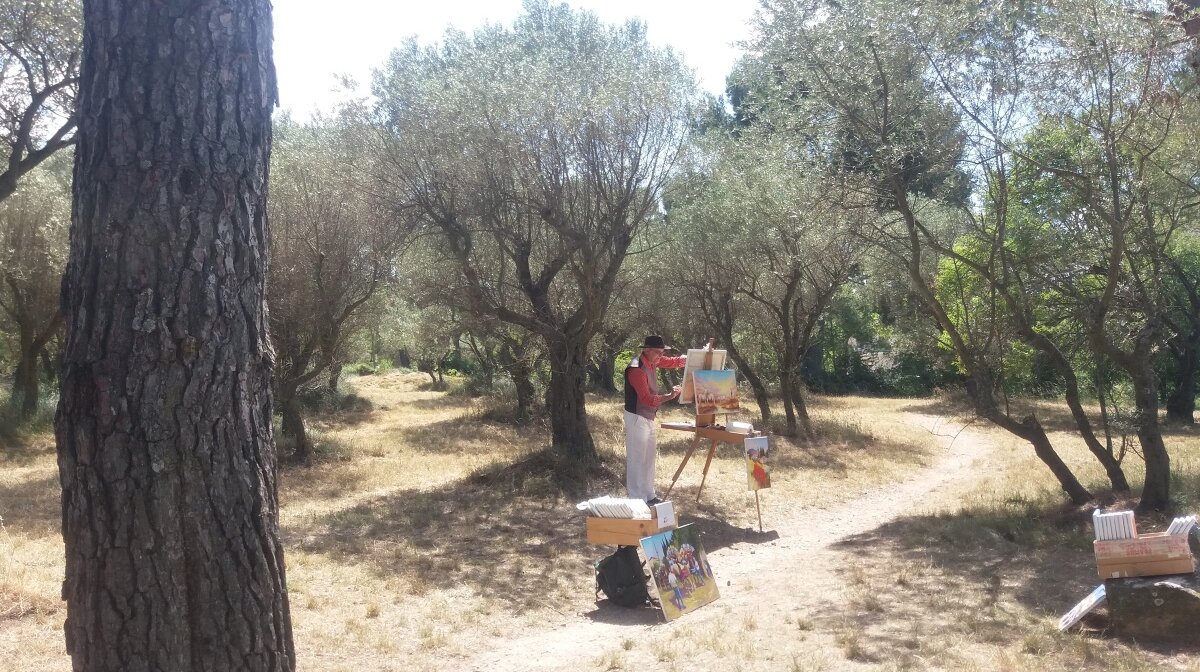 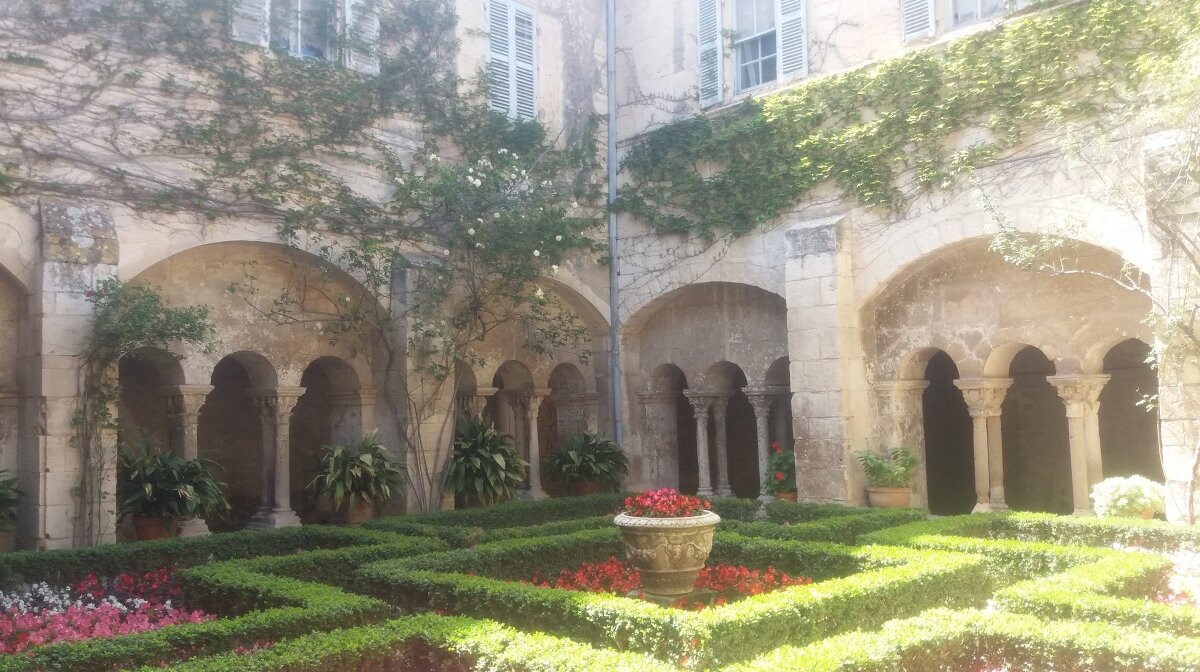 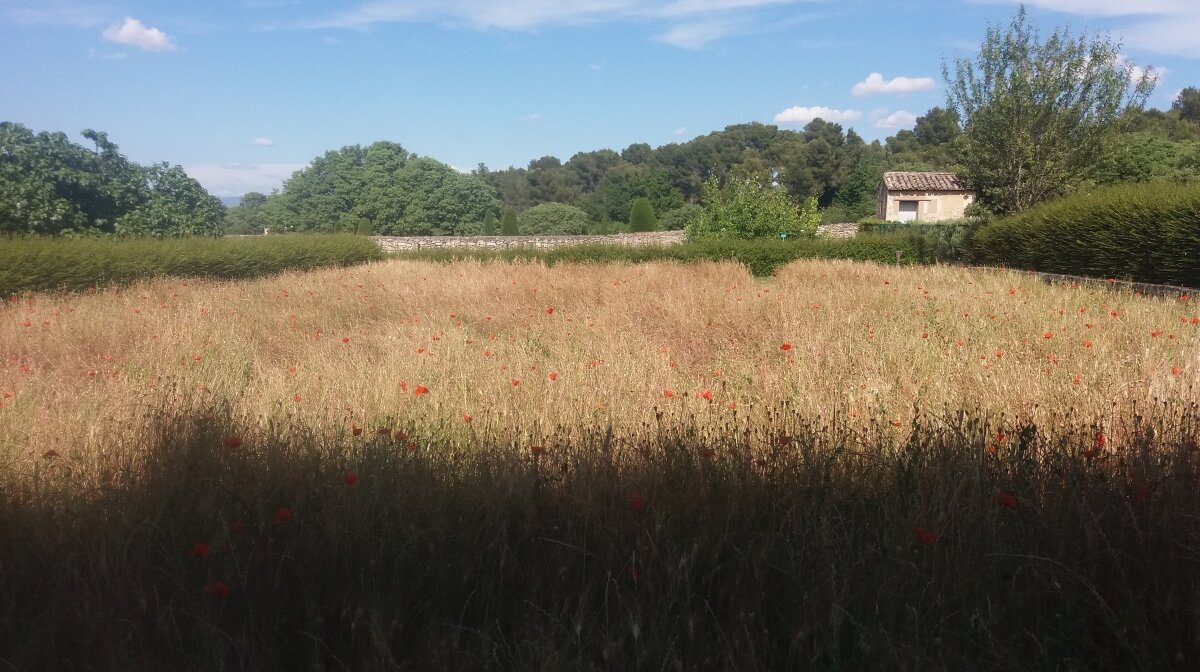 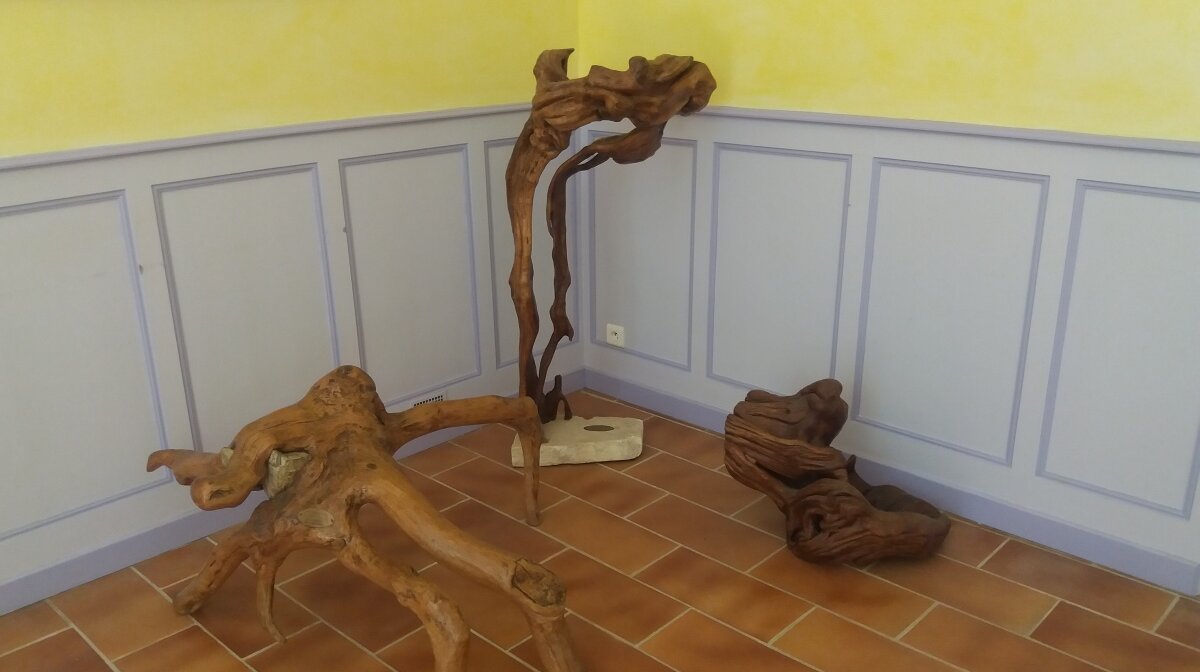 An Artist in the Olive Trees

St. Paul’s Mausoleum in Saint-Remy-de-Provence is considered an important part of art-history because of their most famous patient, Vincent van Gogh, who committed himself to the institution in 1889 and stayed for one year, signifying one of the most creative and difficult periods in his life.

The former monastery and grounds provided Van Gogh with inspiration enough to complete around 150 canvases during this period.

I pay my fare and I am welcomed into the asylum, which is strange in itself. There’s an audible spookiness I can feel as I enter the grounds of the mausoleum; penetrating even the laughter and playfulness emanating from the family nearby. You see, the mausoleum nowadays still operates as a psychiatric home for patients in a similar fashion to when Van Gogh convinced the doctor’s there to let him be committed; even though they found little evidence that he was in fact suffering from any mental disorder.

Don’t get me wrong, the setting is absolutely stunning with great views in every direction.  Looking north there is a wonderful view over the town of St. Remy-de-Provence; looking south Les Alpilles mountain range stands gracious and mysterious; and the grounds themselves have an amazing array of wide open fields, flowers and trees.  It’s obvious why Van Gogh found inspiration & created the volume of work that he did here.
But there still just seems to be an air of madness.

Recently it seems the use of the word “asylum” to describe the building has been phased out due to the overhanging connotations that come with a word like that. It can still be found in some literature around the building, usually when referring to the antiquated methods previously used to treat patients.

Upstairs there are two rooms presented to visit. One is a recreation of what Van Gogh’s room may have looked like and the other is dedicated to the “treatments” used by doctors and nurses of the time. This includes a wicker chair into which patients can be strapped and large metal bath-tubs used to subdue patients and clean them with brushes.

The literature on the walls describes patients screaming all night long and physical attacks on staff were very much commonplace and considered a workplace hazard. However the interpretations of the rooms felt fake and a little bit forced compared to the authenticity and unpretentiousness found in the rest of the building; although I found the best part of the upper floor to be the views from the windows which look down onto the lavender fields and the cloisters respectively.

In the centre of the monastery lies an impeccably tended garden and is the perfect place to sit and ponder for a while as the sun beams down. I walk around and try a few of the locked wooden doors with genuine curiosity, but also with a fearfulness that opening the wrong door may lead me to be confused for one of the patients; and there would be no explaining your way out of that situation.

The greatness in Van Gogh is in the mystery behind his career; and with each footstep along the stone corridors and along the tree-lined paths I feel that a little bit is peeled back. There are so many differing accounts when considering Van Gogh’s life on how, where and why the iconic moments took place, but here it becomes a little clearer to understand the great man.

St. Paul’s Mausoleum is a great place to simply wander around and explore the grounds. There are a few hiking routes starting from outside the grounds which lead further into Les Alpilles.

The garden at the rear is an added treat as it is overflowing with lavender and poppy fields and showcases the masonry of the asylum itself. It’s nice to walk around the grounds knowing that you are inside a Van Gogh painting.

At the end of my visit I decided to walk down towards the current mental hospital & nursing home in the same complex. I approached the two imposingly large metal gates to have a look in, but they began to slowly open and with no one else around I promptly turned on my heels and decided not to commit myself to the hospital like Van Gogh.

St. Paul’s Mausoleum is located on Avenue Dr Edgar Leroy in Saint-Remy-De-Provence. Entry is priced at €5 for adults with free-entry for under 12’s. It is open every day from April 1st to September 30th from 09.00 to 18.45, between October 1st and December 31st it opens every day from 10.15 – 17.15 and the same opening hours apply from February 7th- March 31st. Closed November 1st and December 25th.