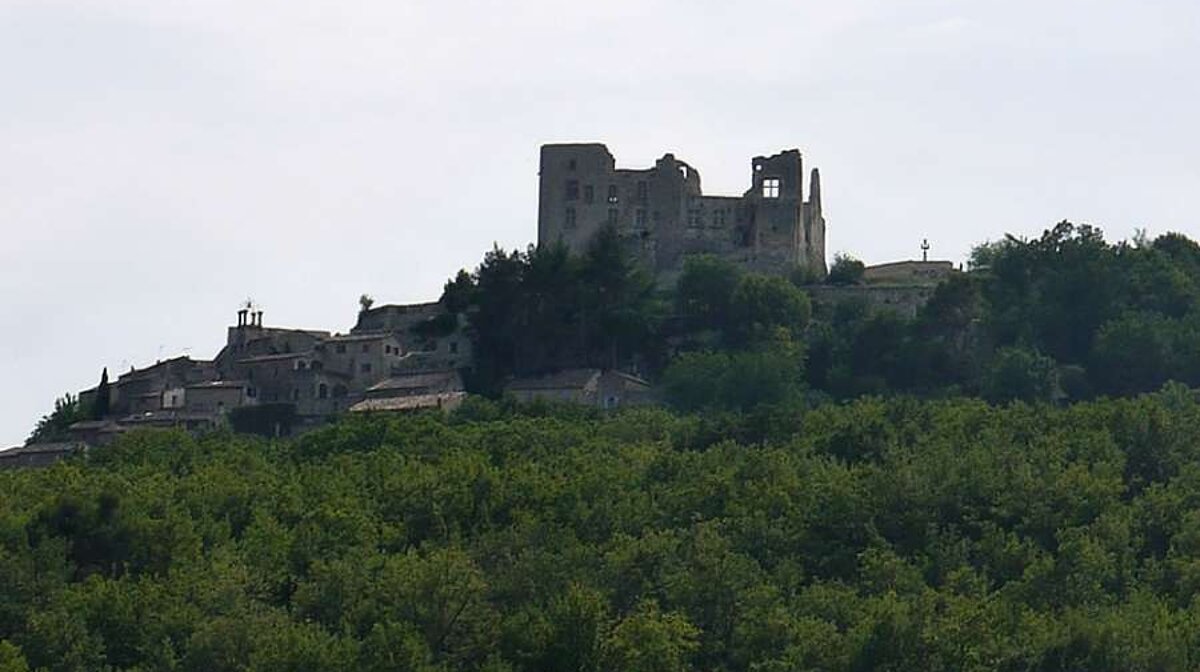 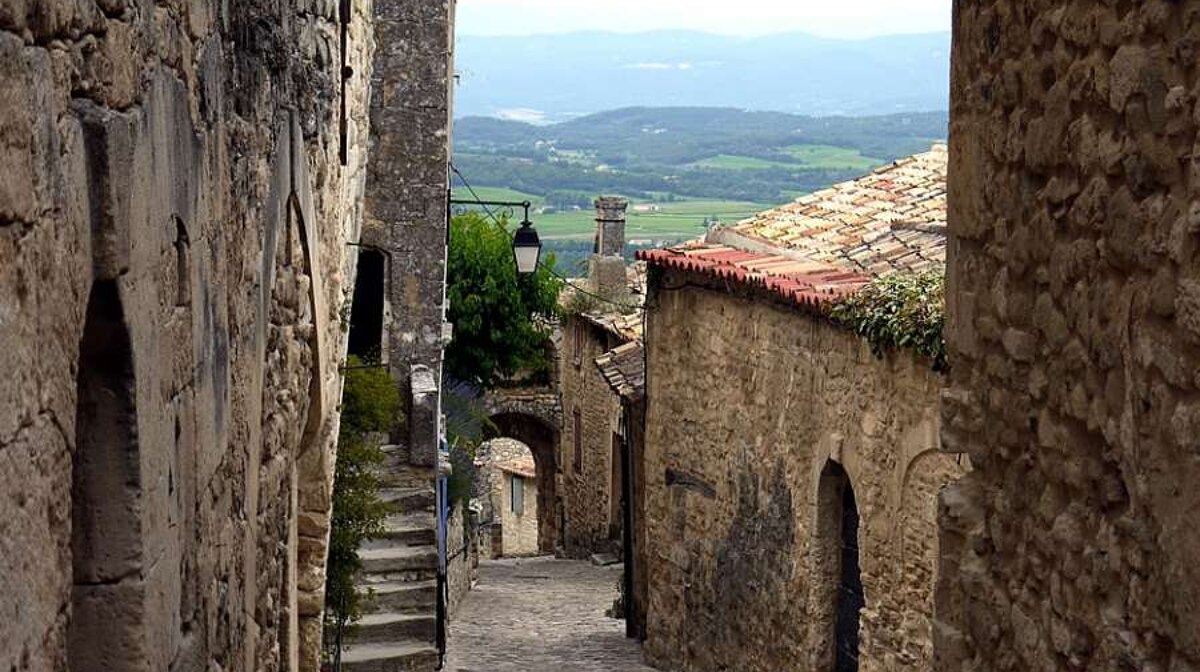 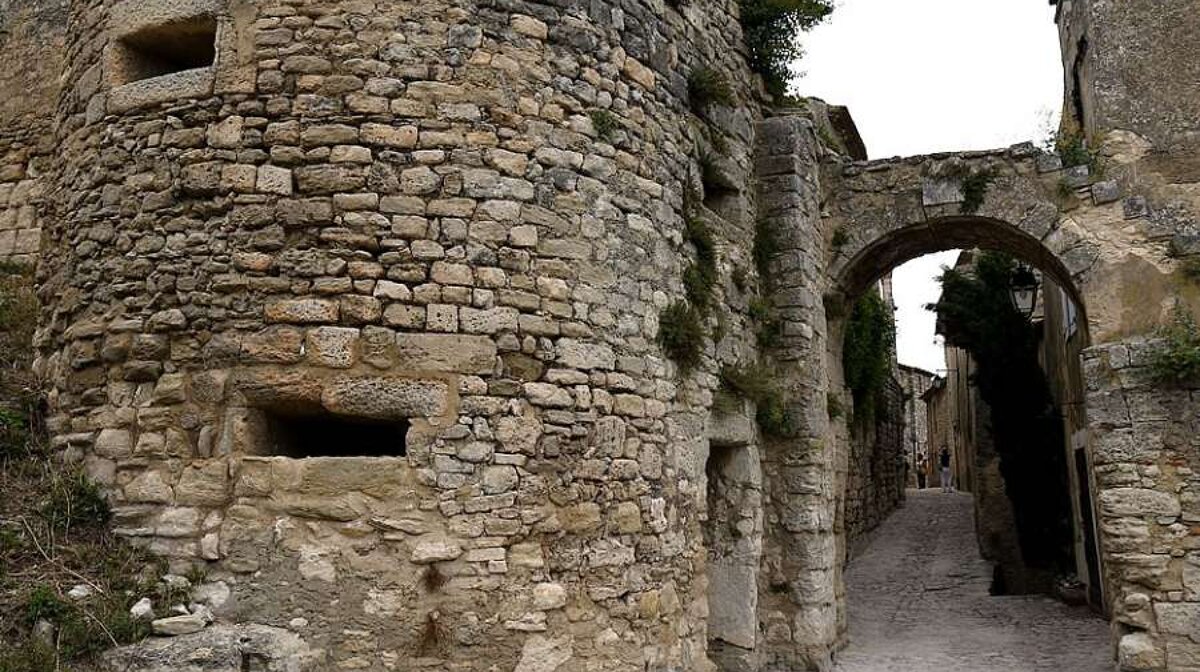 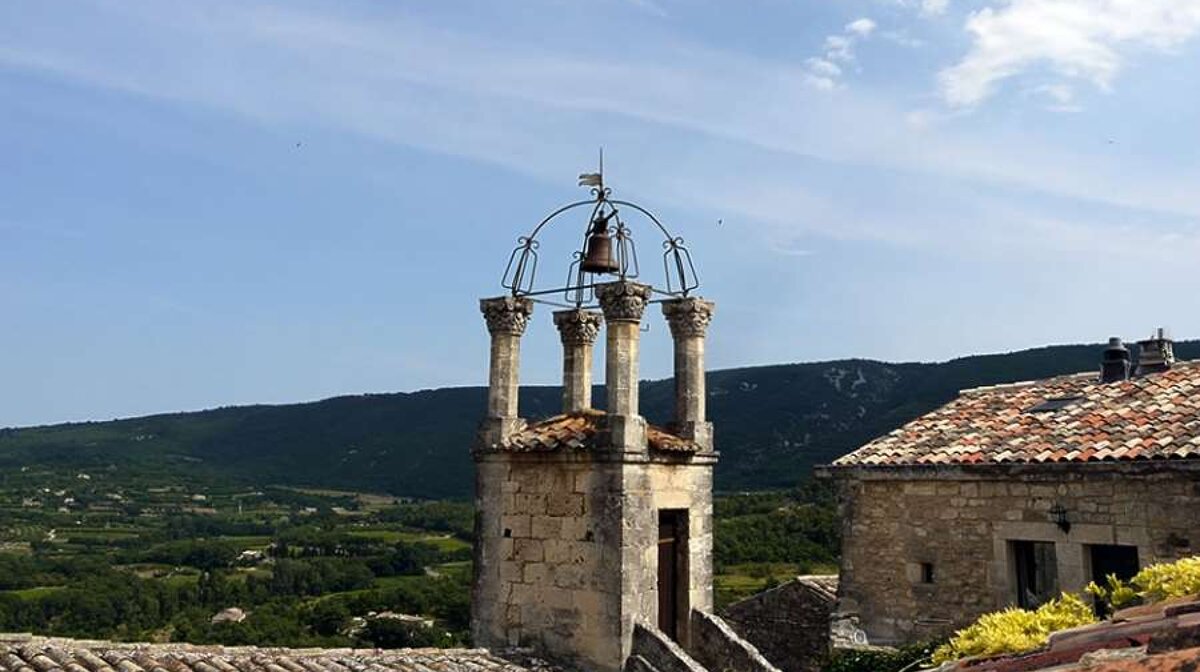 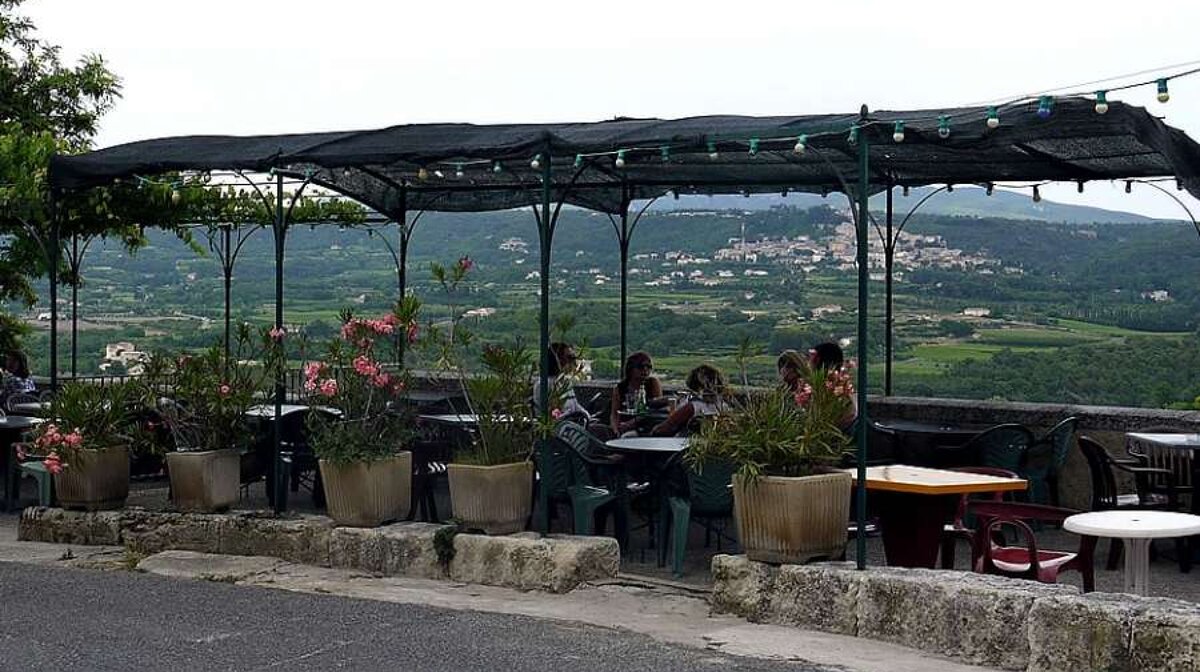 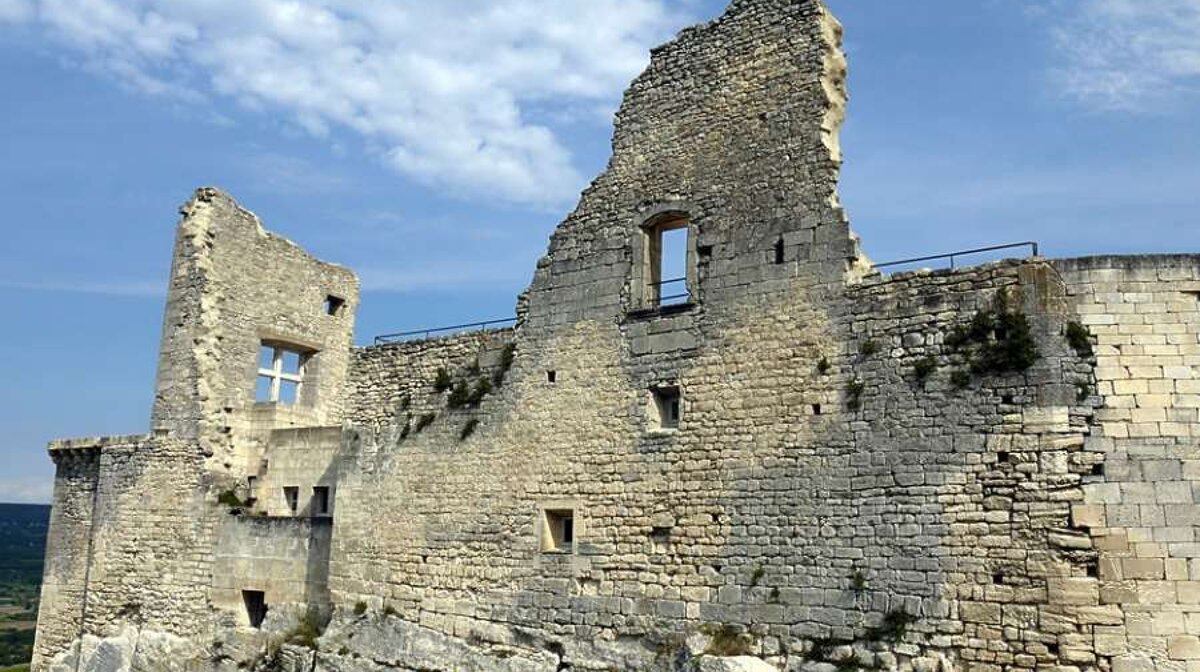 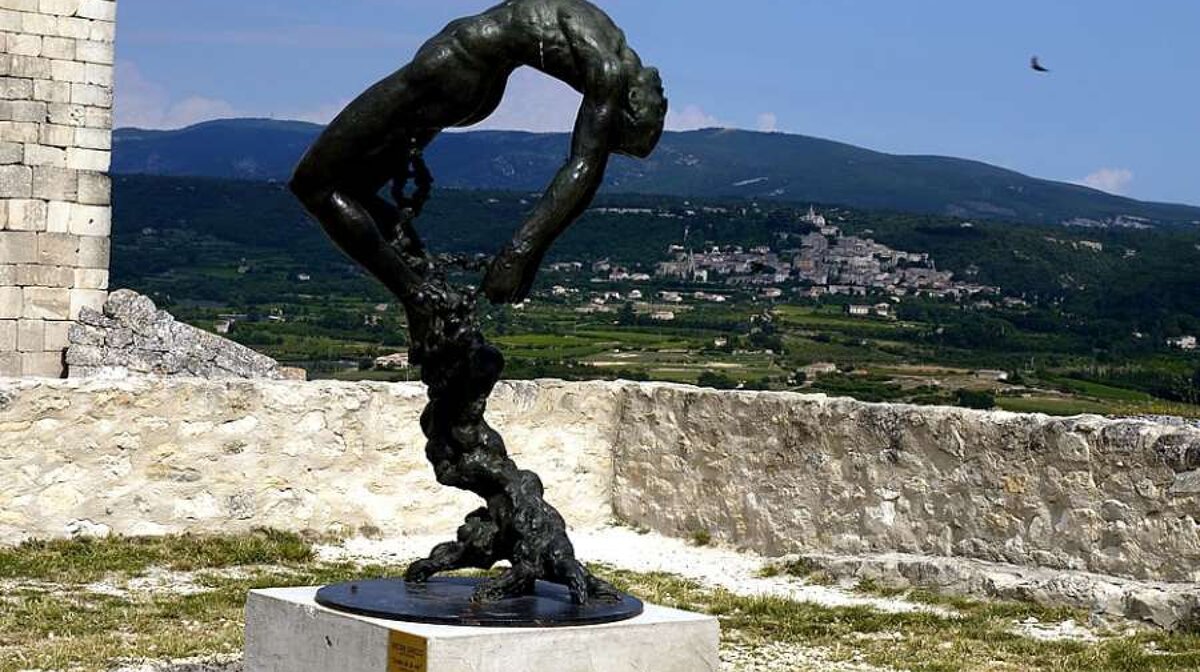 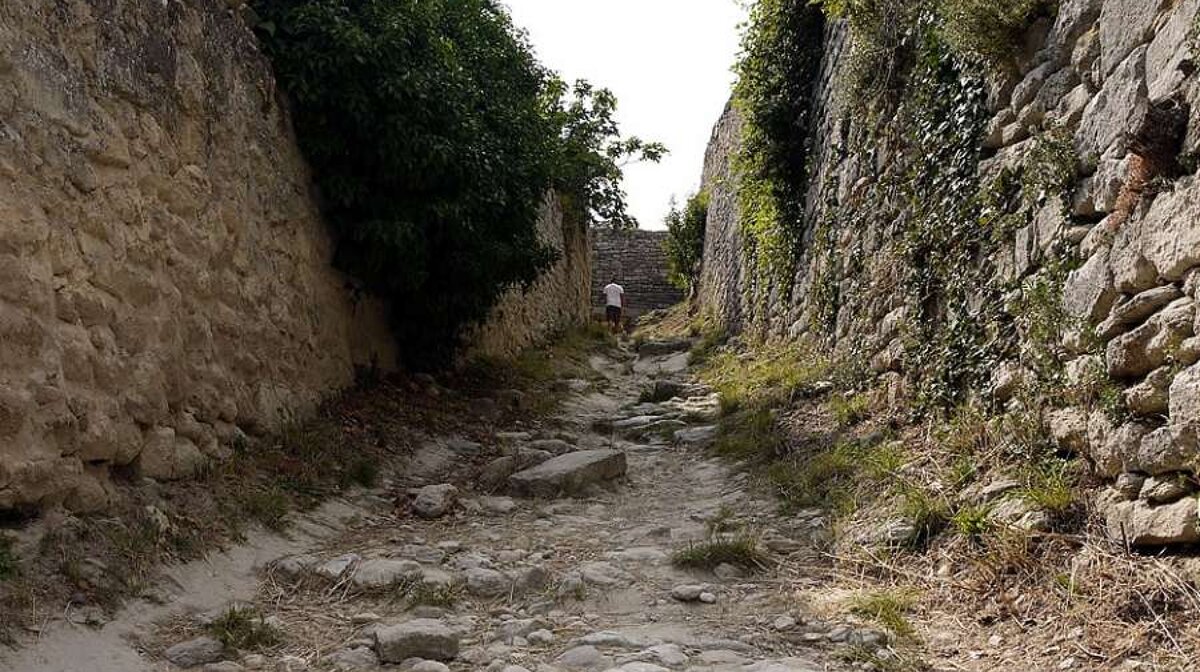 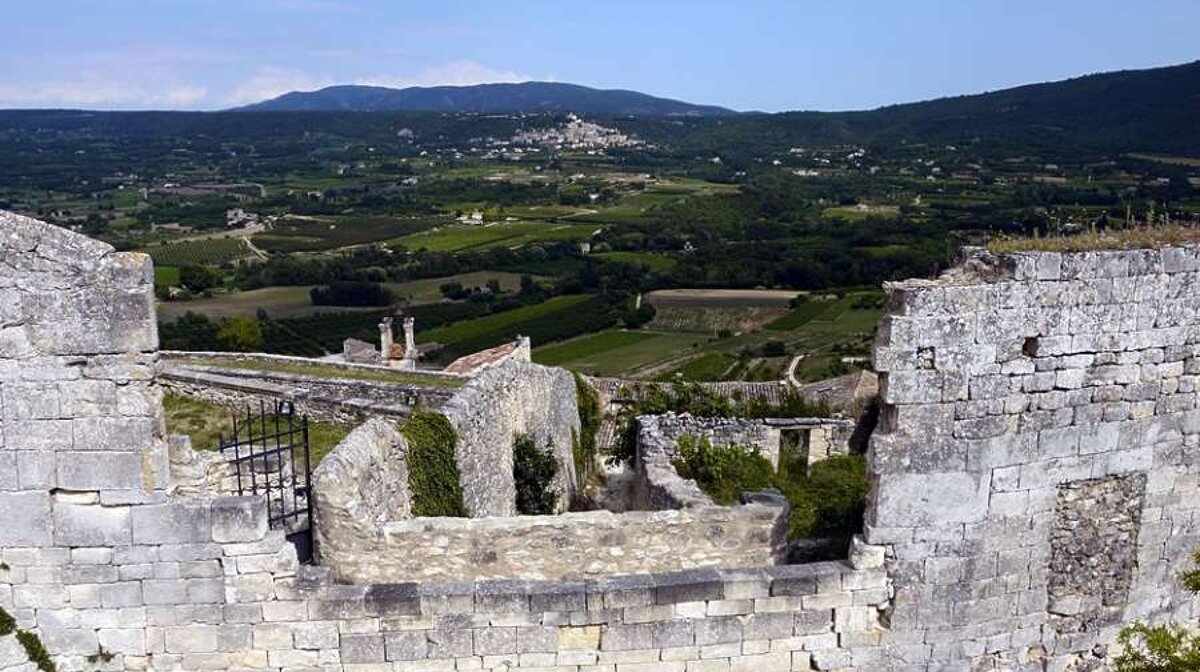 Lacoste perches on top a hill in the heart of the Luberon region and is a stunning medival village. The views from the top over the Luberon are quite wonderful.

The village walls date back to the 12th century and the ruined castle at the top dates from the 16th-18th century. This chateau is most famous for being the home of the infamous Marquis de Sade. It is now owned by millionaire fashion designer Pierre Cardin who has launched a stylish opera festival at the castle which is held in July.

No cars are allowed in the village, but there is free parking below the village and some parking at the castle at the top of the village. Note it is a steep walk from bottom to top!

Lacoste has been a site for human populations for many centuries thanks to its agricultural land, plentiful water supply and wonderfully sunny aspect that is also protected from the Mistral wind.

It had its fair share of plagues, wars and general thievery in the Middle Ages, but emerged in the 16th century as a relatively peaceful place where its inhabitants could prosper. Its famous castle was built at this time. It actually dates back to the 11th century but became famous when the property was bequeathed to the de Sade family in 1716.

During the following years, the castle was restored and gentrified. Donatien Alphonse Francois, better known as the Marquis de Sade (aristocrat, writer and revolutionary, infamous for his hedonistic lifestyle, scandals & imprisonment), inherited the castle in 1763 and lived there on and off until 1778. He was renowned for hosting debauched parties at the castle; he also created a 120 seater theatre and undertook many extensions and improvements. The castle suffered during the French Revolution where it was vandalised and its stones were used to build houses in the village. It wasn't until the 20th century that it began to undergo restoration under the guidance of Andre Bouer.

After his death in 1994, Pierre Cardin bought the estate in 2001 and continued the renovations. The castle is still largely a ruin, but it is possible to visit small areas of whats left. It hosts art exhibitions during the year, and an arts festival in July.

Apart from the castle, there are a number of other historical sites worth going to see. The church Sainte Trophime is situated just outside the medieval town walls, and the town's ancient gateways with their arched Romanesquefeaturs provide suitable architectural interest. You will also find a square tower with a pretty belfry.

Wandering around Lacoste feels a bit like a step back in history, it retains its authenticity because the Medieval buildings have not been restored to within an inch of their lives. The lack of Disneyfication is reflected in the lack of shops and services in the village.

There are a couple of artisan workshops (painters, ironworkers, stone mason, jewellery) - pop to the tourist office in the church square to find out more. There are two cafes, one by the tourist office and other, Cafe de France, is outside the village. Cafe de France has fabulous views over towards Bonnieux and had a cameo role in the Russel Crowe film, A Good Year. It also offers bed & breakfast accommodation.

The Savannah College of Art & Design has an outpost in Lacoste, it offers a range of art and design courses in English.

Things to Do in Lacoste

Just to the south of Lacoste is the Forêt des Cèdres, which is a wonderful natural park filled with Atlas Cedar trees. There are natural trails and discovery trails for both walkers and cyclists. Other hiking trails include the Grand Randonee GR97 which is the tour of the Luberon, and the Luberon Cycling path passes through Lacoste (it runs from Cavaillon to Forcalquier).

Where to Stay in Lacoste

Lacoste is a bit thin on the ground for accommodation and decent restaurants, try the area around Bonnieux for a better choice of nice B&B's and hotels.