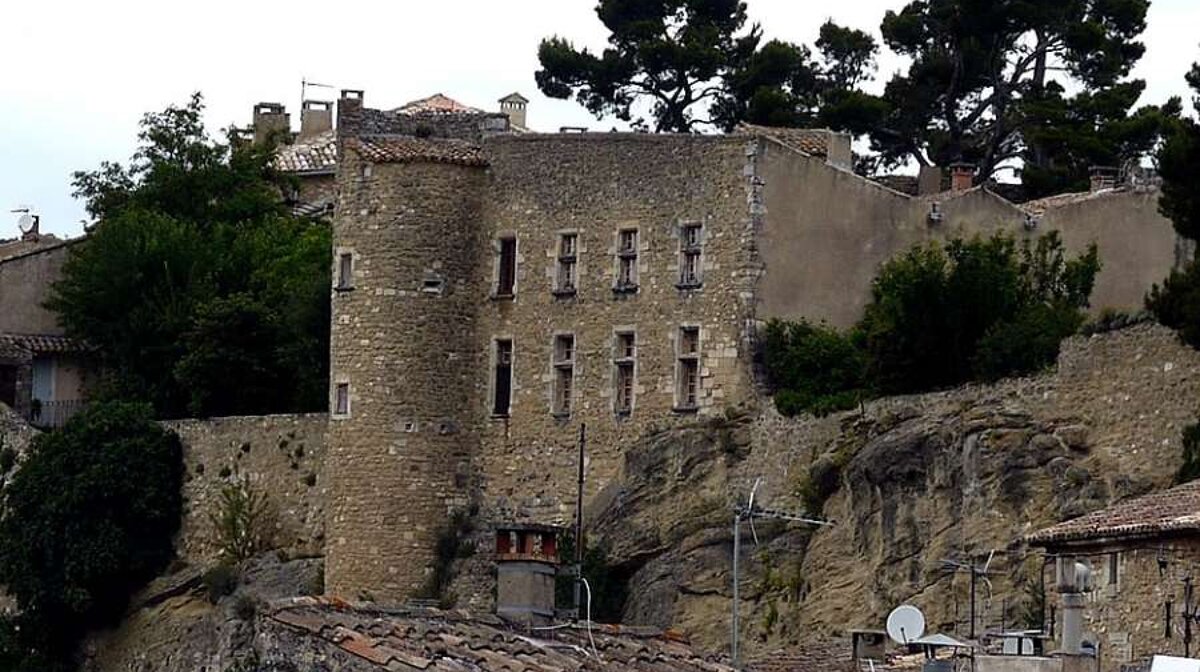 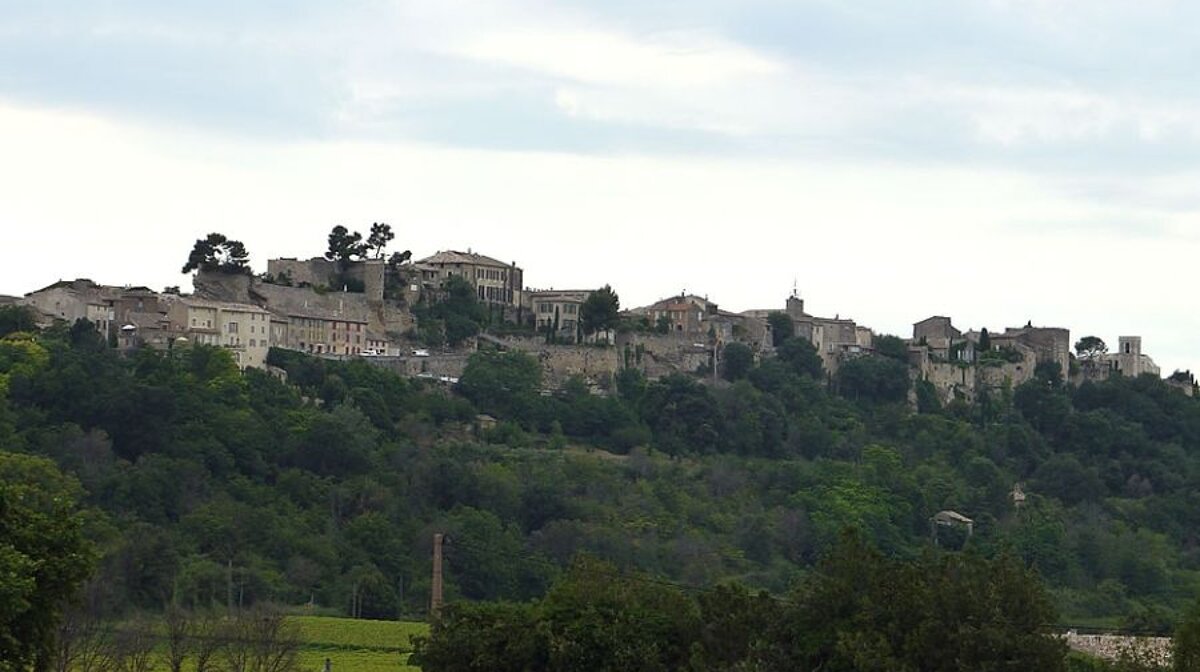 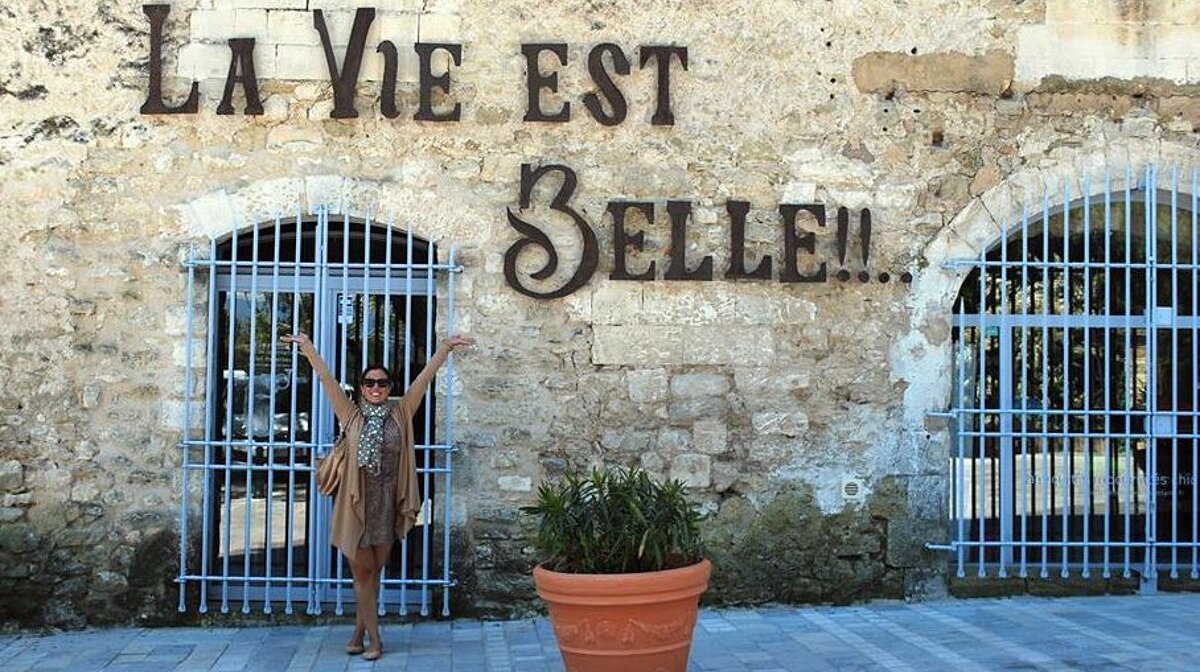 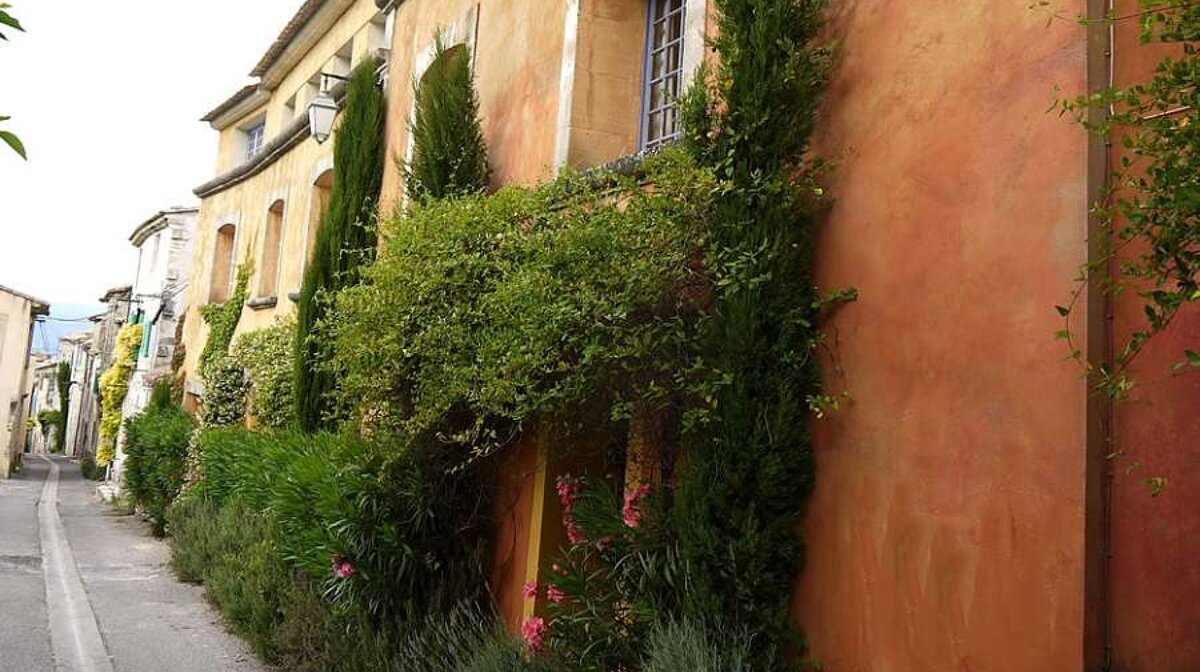 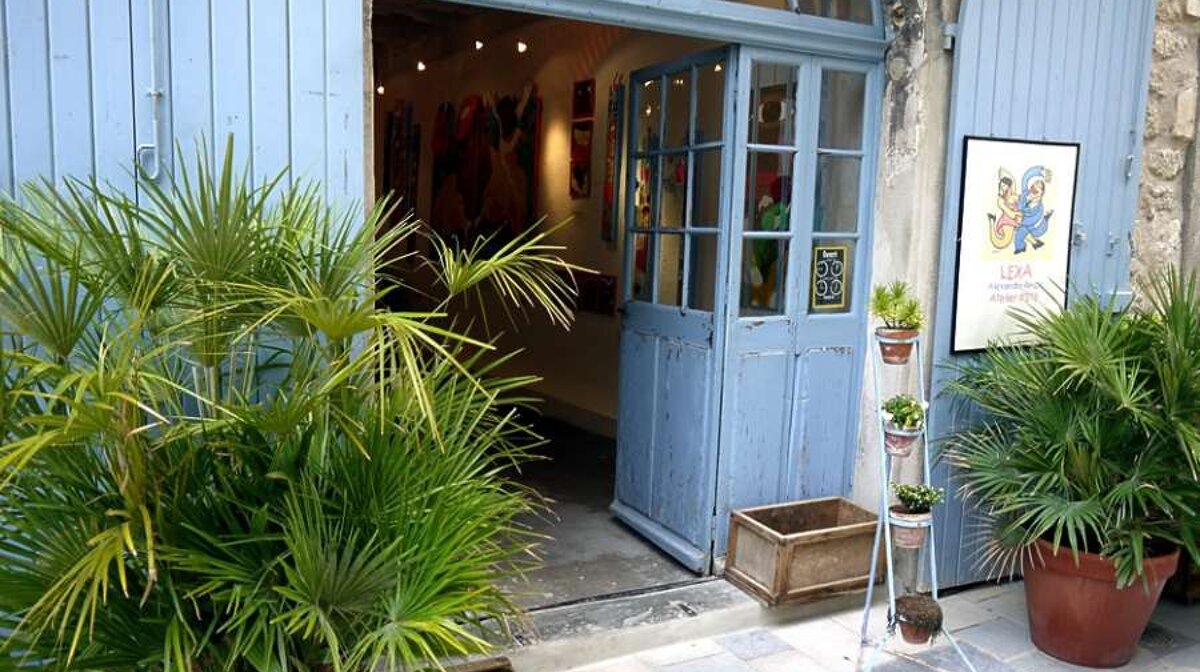 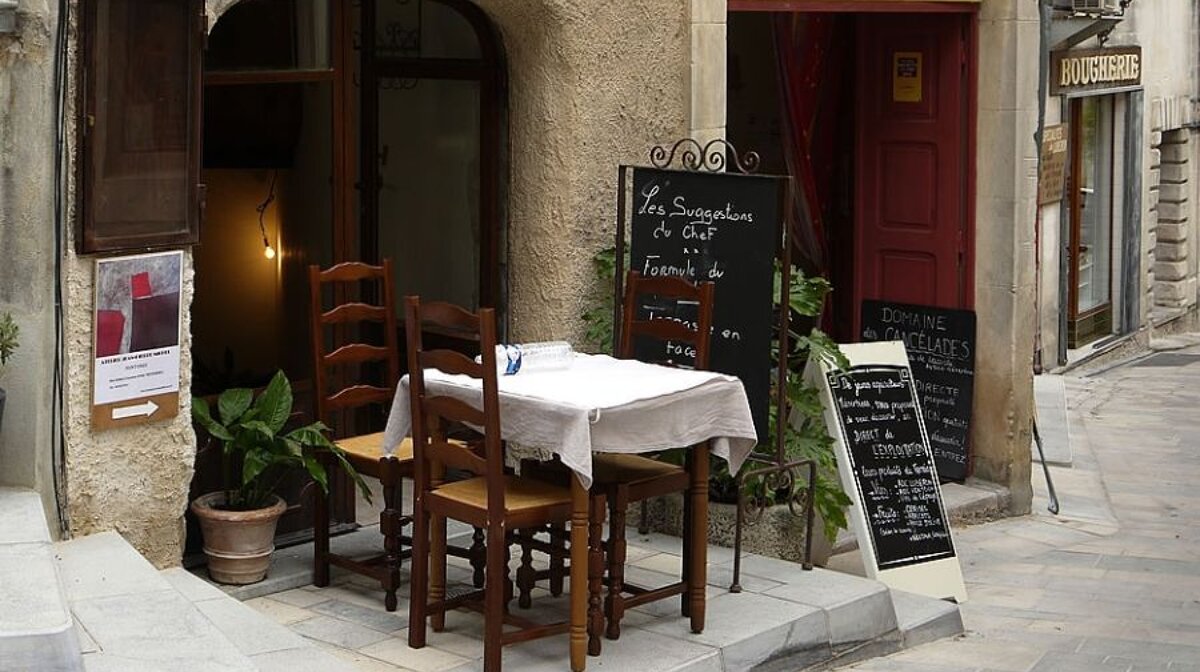 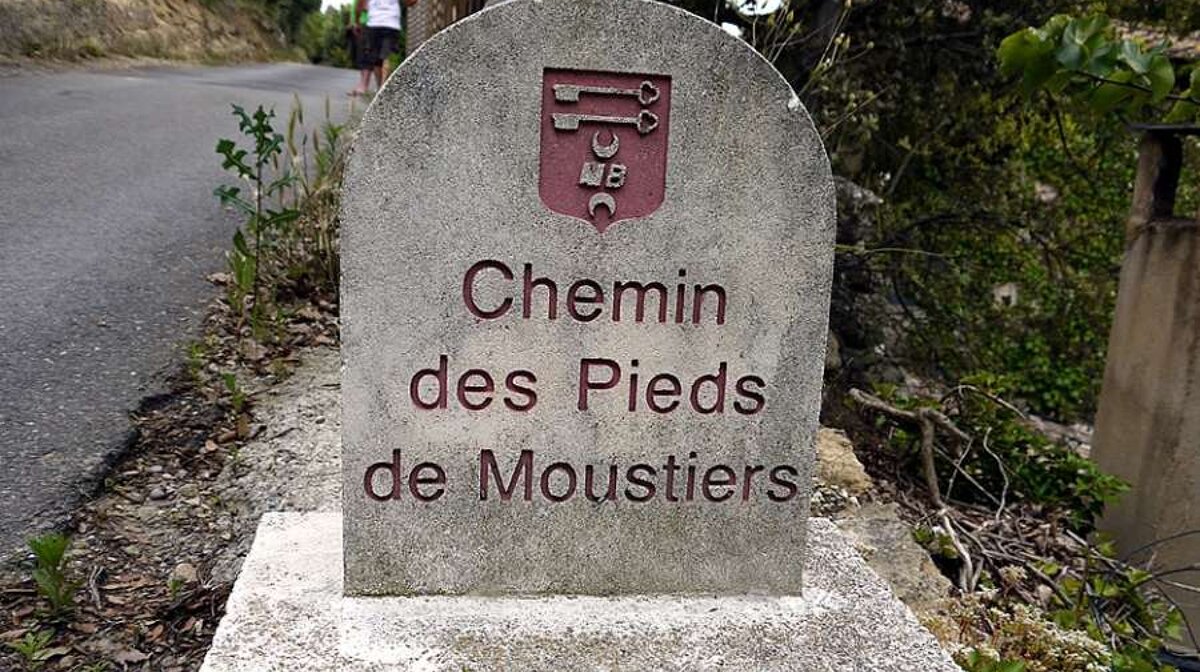 Another village noted for being one of the 'most beautiful villages in France', Menerbes has a wonderfully authentic feel to it and is full of historical charm.

With medieval churches & houses, and a number of Renaissance homes there is certainly enough here to warrant a visit.

Humans have settled on the site of Menerbes since prehistoric times, its elevated position allowed for easy defence against invading tribes. The Romans also enjoyed the surroundings, and some remains from their villas have been identified. During the Middle Ages, Menerbes was the site of a big confrontation between the Protestant Hugenots and the Catholics. From 1573-78 during the Wars of Religion, the Protestants held Menerbes against a great Catholic force for 15 months before an agreement was negotiated. Sadly the town did not fare as well as the Protestants, much of the village suffered from fire damage and the defensive towers were destroyed during the assault.

The citadel was rebuilt after the Wars of religion (and again in the 19th century) and sits impressively on a rock overlooking the west whilst the church Notre Dame des Graces also dates from the 16th century. There is a small castle (the Castelet) that has been built on the ruins of an old fortress, an impressive bell tower and an 18th century chapel, St Blaise. Two arched fortified gates, the Porte St Sauveur and Porte Notre Dame were used as entances to the village until the 18th century.

Famous artists including Picasso have lived in Menerbes, and this arty tradition continues today as you will see through the number of art galleries strewn through the village.

In the middle of Menerbes in a beautifully restored Renaissance house, is the House of Wine & Truffles. It runs workshops on wine tasting and on wines from Provence and also one on discovering black truffles. There is also a shop if you just want to buy. Of course, the area also has it's share of vineyards if you prefer to visit them directly.

On the road out to Bonnieux you will find the corkscrew museum, where you can view over 1000 examples of this clever little instrument. And on the road to Lacoste, there is the Dolmen Pichone, a Neolithic tomb made using dry stone technique. The Abbey of Saint-Hilaire is a Carmelite convent building from the 12th & 13th centuries, where you can pay a small fee to explore chapel, cloisters, terraces and caves.

Things to Do in Menerbes

As a 'perched village', Menerbes sits on top of a rock 230 metres above sea level and has impressive views over the Luberon. You'll find a car park at the bottom and then you must take a walk to explore the village, which is of course the best way to do it. The  narrow streets follow the contours of the slim hilltop and have a feeling of ancientness about them. Some of the houses you pass by are a bit ramshackle, others have clearly had some money spent on them.

Hiking trails abound in the Luberon and Menerbes has the luck of being right on one of them that will take you south to the hills of the Luberon. There are many more trails towards Bonnieux and the Foret des Cedres (also good for mountain biking).

You may also like to read about our Day Trip to Menerbes.

There aren't many shops or cafes/restaurants in Menerbes but you'll be able to enjoy Provencal food and pizza. Cafe Veranda gets good reviews, it also benefits from a terrace. The market here is held on Thursday mornings.

There is a lovely B&B called Mas du Magnolia which is just north of Menerbes. It has four bedrooms, a lovely pool and the host offers dinner if you desire. Further to the east is La Bastide de Marie which offers a rustic yet luxurious welcome, with a gourmet restaurant and a spa. Alternatively, try stayinig closer to Bonnieux where there is a bigger selection of accommodation.