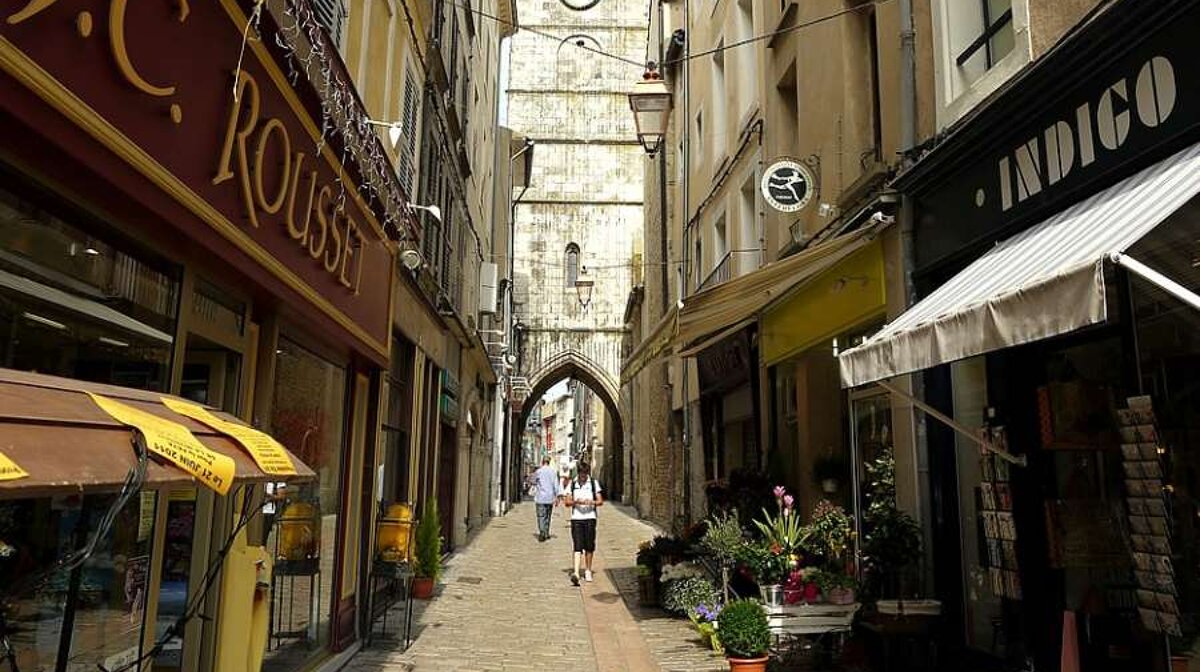 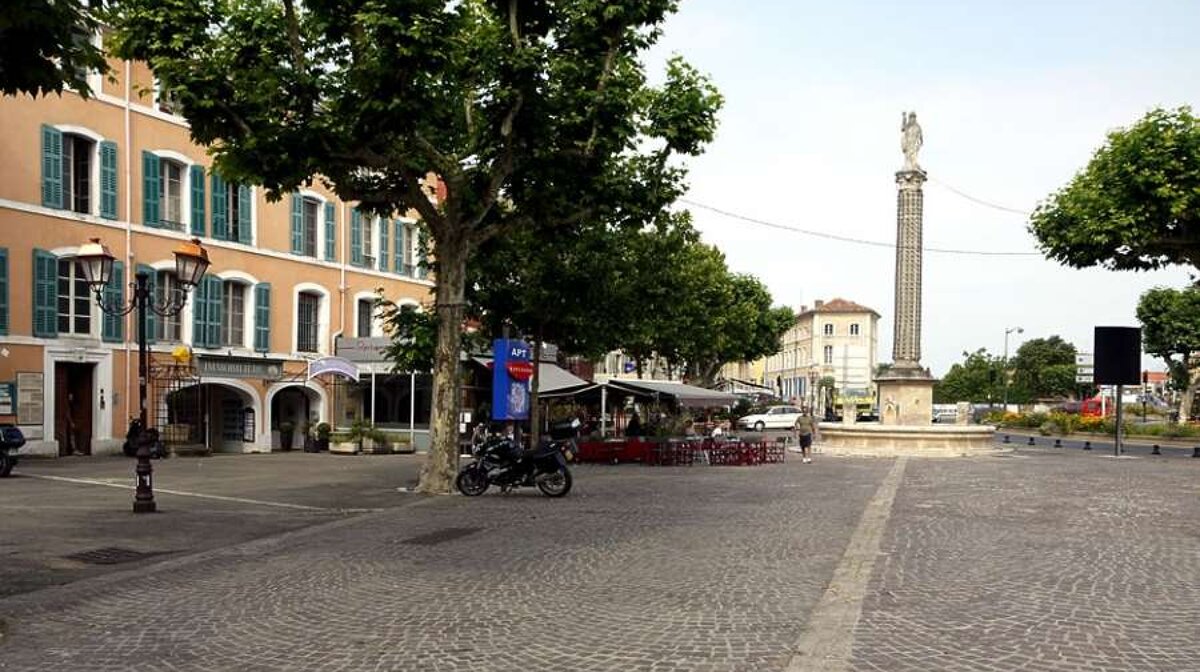 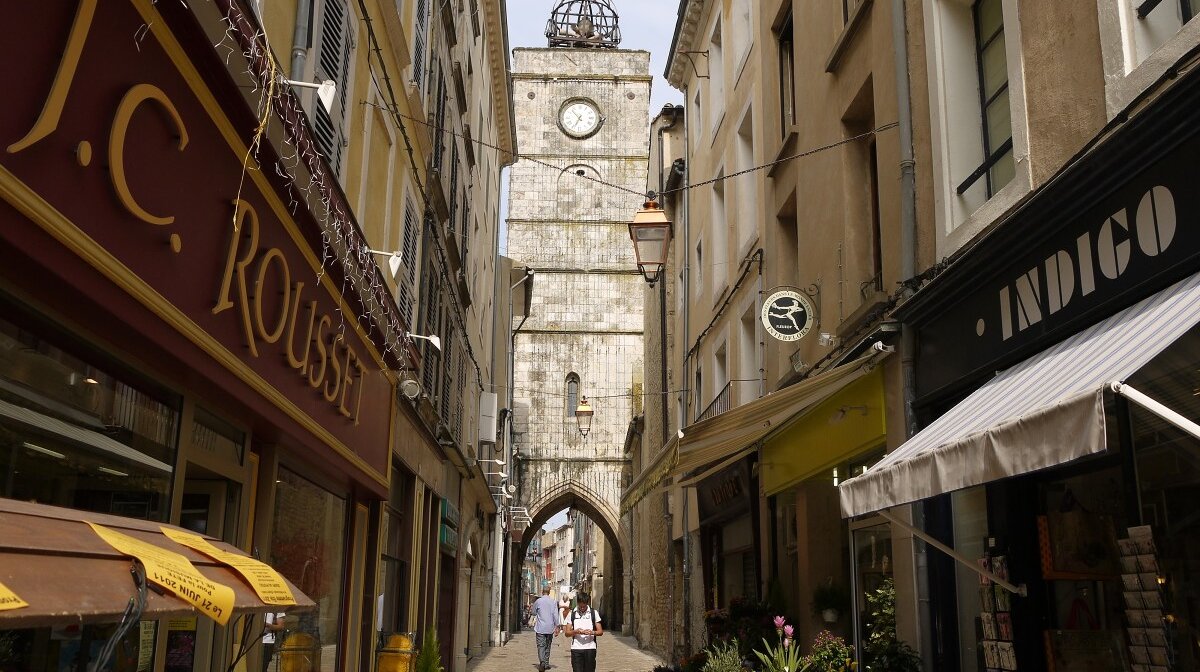 Apt lies at the heart of the Luberon and became a Roman colony thanks to its position on the Via Domitia - the Roman road built in France to link Italy to Spain.

Its location along this road allowed Apt to develop into a successful market town as traders took advantage of the transport routes. And this market provides the main reason to visit Apt today.

The old town has plenty of character with an ancient cathedral, narrow alleyways and some magical fountains. The Cathedrale de Sainte Anne has its origins in Roman times (the lower crypt dates back to AD 1) and has been destroyed and rebuilt several times during its history. The clock tower was built in the 16th century in a Provencal-Gothic style.

There are a couple of museums in the town - the Industrial Museum follows the development of pottery in the region, thanks to the quality of the clay in the surrounding areas. Apt is famed for the 'faience' style which is tin-glazed earthenware that originated in Italy. The museum also shows the history of Ochre pigment, also found in the surrounding rocks, and the still-popular production of candied fruits. The Archaeology Museum is built upon the ruins of a Roman theatre and features items from the Roman period as well as religious & medical objects from the past 500 years. The Palais Consulaire Colin d'Albertas is a fine example of a Baroque Palace and is open for guided visits on Thursdays in July & August.

The busy and bustley market is held on Saturdays. It's one of the best in Provence and has been awarded the label of 'exceptional French market'. You'll find many of the streets lined with stalls selling a huge range of locally grown produce, from truffles to melons and tomatoes. Traditional Provencal linens, clothing, arts & crafts, wicker baskets, flowers and candied fruits are among the many items you can purchase. A smaller Farmers Market takes place on Tuesday mornings.

Things to Do in Apt

Apt is situated in the Luberon National Park and there is a visitor centre located in Apt. Attached to the centre is a Geology Museum where you can find out about local fossils and the geological landscape. The National Park offers many hiking trails and footpaths and a number of cycle routes, as well as a dedicated Mountain Bike Park which features jumps, trails and tracks. Treetop adventures, horse-riding, paragliding, rock climbing and sailing in a nearby lake are all available. There is a 9-hole golf course in Villars a couple of miles north of Villars.

Despite being rather commercial there are a couple of nice restaurants in the town of Apt, including the Michelin starred Le Bistrot de Lagarde. The small nearby town of Gargas, just ten minutes drive from Apt, also has several rather delightful eateries.

Where to Stay in Apt

Whether you are camping, glamming it up in a luxury hotel or looking for charming B&B you will find something to suit everyone in Apt and the surrounding area of the Vaucluse adn the Luberon.

There are several budget options within Apt offering basic accommodation. In the surrounding area, the closest is the rural Hotel Le Manoir to the west of Apt. A charming Bed & Breakfast, the Mas des Baussiers lies five miles to the west.