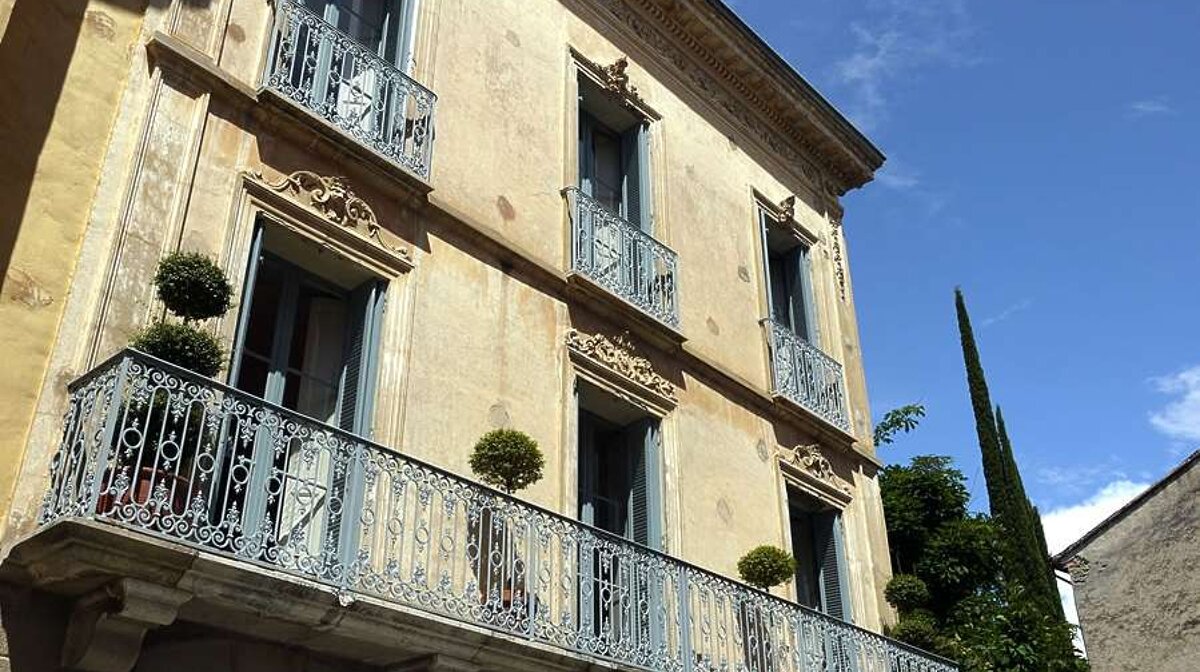 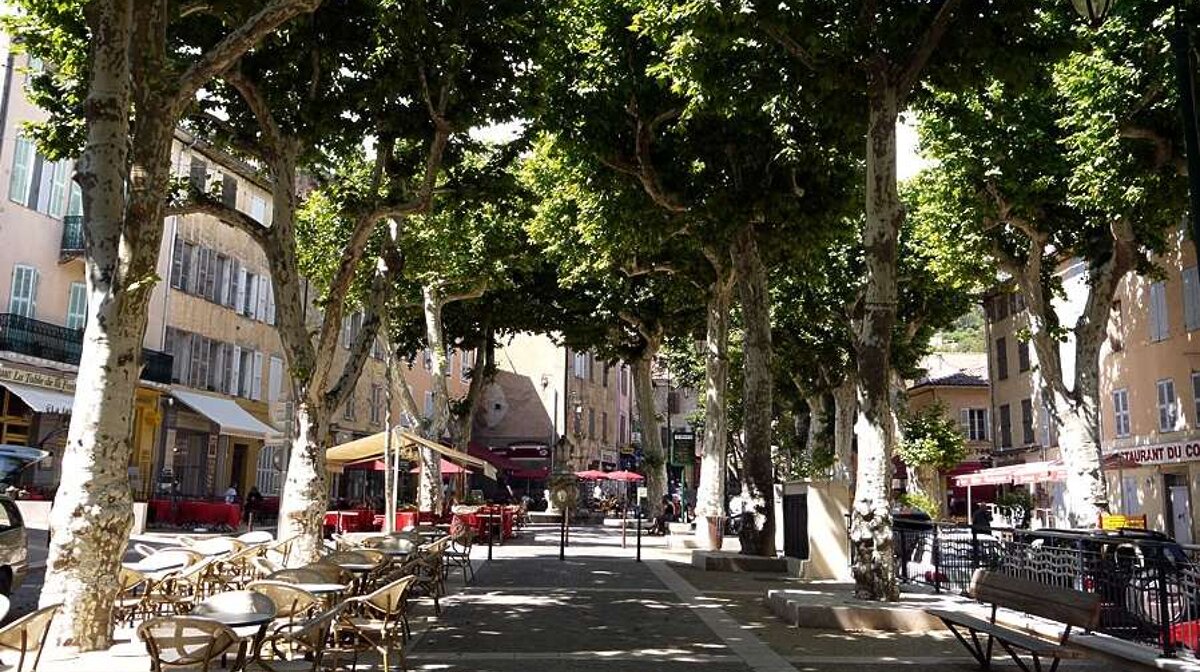 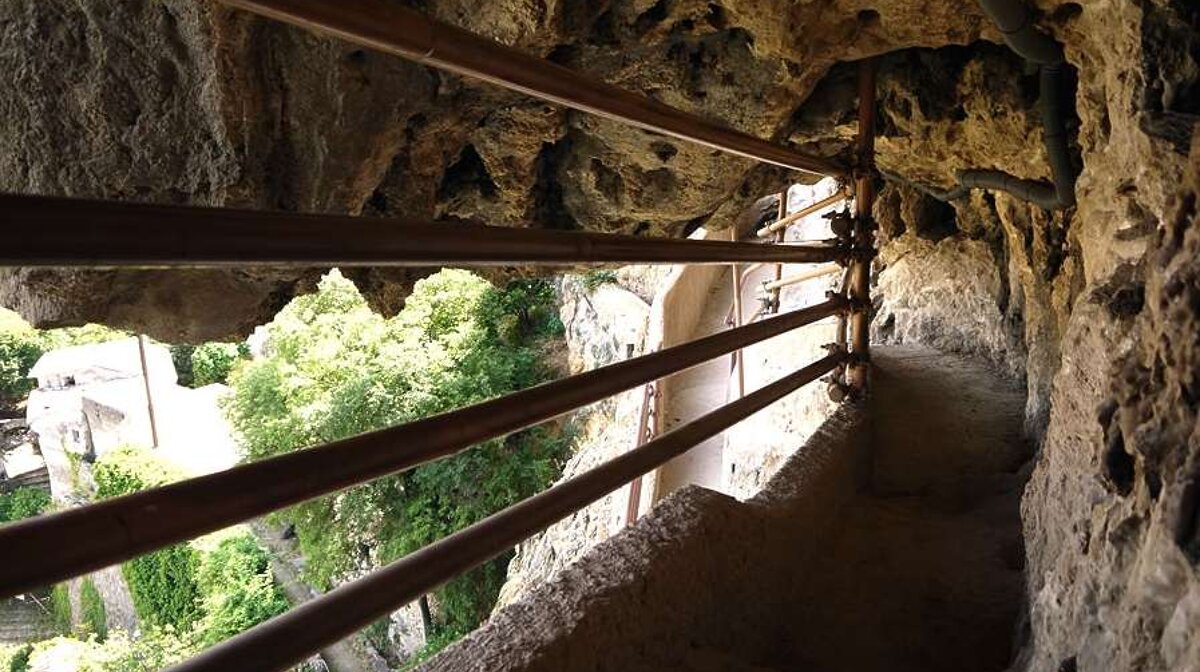 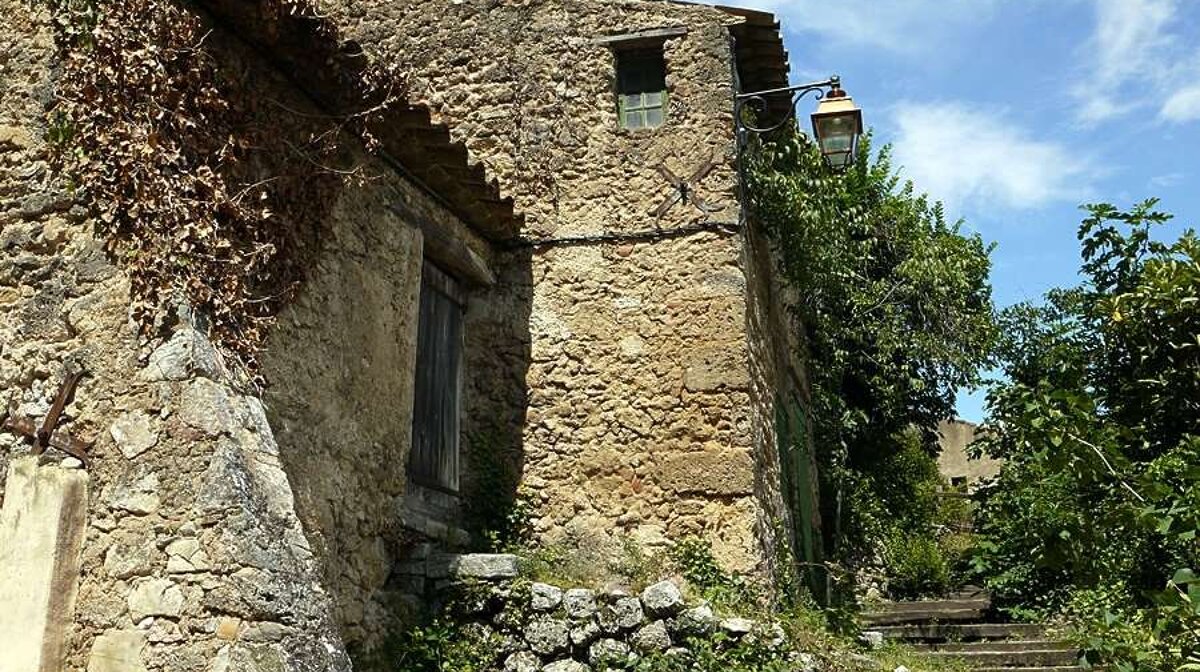 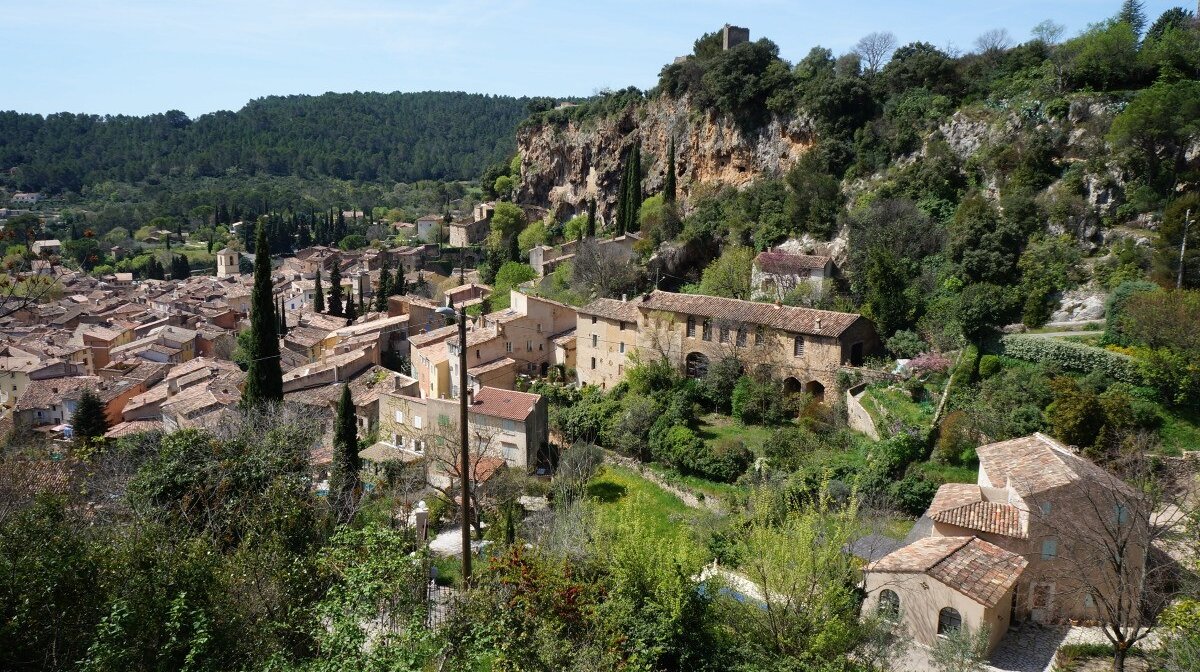 The Saracen Towers on tops of the cliffs behind Cotignac

Exploring the caves in Cotignac, Provence

The grassy back lanes of Cotignac, Provence

A medieval town with cliff top ruined towers and glorious rolling green hills covered in vineyards in the surrounding area, Cotignac is a delightful place for mooching.

The village is much loved by the British who make up a large proportion of its 2000 population. It is located to the north of main A8 road that takes you from Nice to Aix, and is not far from the wonderful Natural Park of Verdon. And of course, there are the vineyards....

A most impressive cliff sits behind one side of the town - a waterfall used to flow over them on to where the village now lies. The river was diverted aorund the 10th century which allowed then present village to be created. This waterfall formed all sorts of holes and crevices in the rock face and is filled with troglodyte caves that have been used for shelter for many a century.

Two Sarecen towers and a fortress were built around the 12th century to aid the sighting of invading barbarians. The fortress no longer exists but the towers remain, rather ruined but still rather dramatic. It is said that there are escape tunnels from the towers into the rock below. The caves within the rock face were used to hide the population and their animals during a period of invasions in the MIddle Ages. More caves have been created over time thanks to the rock being used to expand the village. The lower caves have been used to house the poor and for flour mills. Thanks to its geology, Cotignac was one of the first villages in the area to be powered by electricity thanks to a hydroelectric plant built in 1897

The town hall takes pride of place in the Place de la Mairie, opposite this building is a bell tower with its distinctive wrought iron campanile. On Grand Rue just around the corner there are three cariatides high on one of the town houses. These are statues that were built on to houses to act like supporting columns. They date back to the 17th century when they were perceived as a sign of the home-owners great wealth.

The Romanesque church was built back in the 13th century and modified in the 17th century. Behind the church is an open-air theatre, Le Théâtre du Rocher that is used for concerts in the summer and is home to Les Toiles de Sud cultural festival, also in the summer.

Cours Gambetta is the main area for cafes and restaurants, with it's fountains and plane tress offering shade in the summer. This is where you'll find the market held on Tuesday mornings - in summer there is a smaller additional market on Friday mornings. Wash basins can be found at the end of Cours Gambetta and they date back to the 19th century. As in many other Provencal villages, there are fountains aplenty - 17 in total in Cotignac to tick off as you wander the lanes. All the water from the fountains is safe to drink, so no need to buy the bottled stuff here.

The town boasts a wonderful selection of architecture, ranging from the 12th to the 18th centuries. On Place Xavier Marin there is an art gallery Maison Méditerranéenne de l’Estampe, dedicated to print-making and etching. It's closed in January & February.

To the west of Cotignac is the Monastère Saint-Joseph, where, legend has it, a shepherd who was dying of thirst saw a man raise an enormous rock to unveil a natural water spring, thereby saving the shepherds life. A chapel, then a church and convent  was built on the site in the 17th century. It was abandoned in 1793 but in 1977, Benedictine monks moved in and restored the building.

Cotignac has an excellent market on Tuesday mornings and on certain dates, the flea market turns the whole town into a rather fabulous car boot sale.

Things to Do in Cotignac

There are plenty of hiking trails in the area - the tourist office has maps and information. The walk to the waterfall at Sillans de Cascade is particularly recommended (about 8 miles round trip).

There are seven local Domaines where you can visit for wine tasting - try the Vignerons de Cotignac Co-operative for local wine and olive oil, or visit the vineyards of Chateau Carpe Diem or Chateau Nestuby, both of whom welcome visitors.